BlackBerry has not managed to set the smartphone sales charts alight with its BlackBerry 10-powered smartphones, only managing to ship 6.8 million smartphones in Q2 2013 to claim a meager 2.9% of the global smartphone market. The Waterloo-based company is looking to address this with some BlackBerry 7-running entry-level offerings including the newly unveiled BlackBerry 9720. 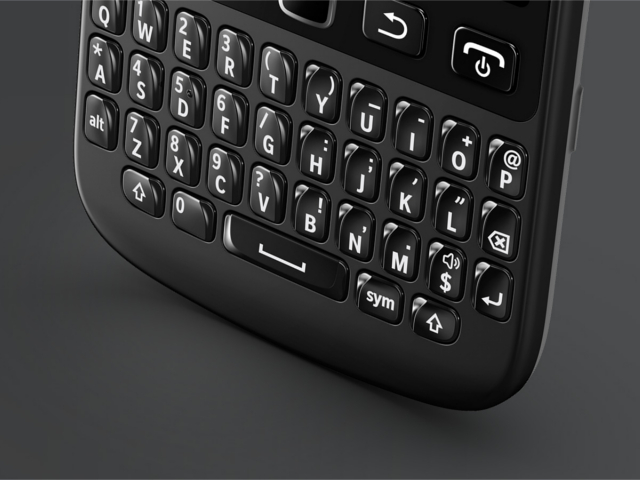 Another key (pardon the pun) feature of the BlackBerry 9720 is its dedicated BBM button, just like the BlackBerry Curve 9320 (review) of old, allowing users to quick launch the IM application.

Thanks to an update to BlackBerry 7.1, users will also be able to multicast their messages, which involves quickly typing a message once and simultaneously posting it to their contact on BBM, Twitter and Facebook. Users can also capture a photo and post it to multiple social networks at the same time, right from within the camera app.

A rarity amongst smartphones from Waterloo is built-in FM Radio, which is included in the 9720 smartphone’s list of features, with users being able to listen to their favourite local FM stations and automatically let their BBM contacts know what station is currently being  listening to.

No local release or pricing info is available yet. BlackBerry did state that the 9720 will be launched in select markets within EMEA (Europe, Middle East, and Africa), Asia, as well as Latin America within the coming weeks.

“The BlackBerry 9720 smartphone gives you all the essentials of the BlackBerry smartphone experience to support a communications centric lifestyle. It has the best keyboard and functionality for BBM, as well as an updated BlackBerry 7 OS that adds many enhancements,” stated Carlo Chiarello, executive VP for Products at BlackBerry.

“It’s perfect for customers upgrading from a feature phone or entry-level Android or Windows Phone device, as well as existing BlackBerry smartphone customers, that want a richer experience and jump up in style and performance.”

In related news, BlackBerry also recently announced that the company’s Board of Directors has formed a Special Committee to explore strategic alternatives that include possible joint ventures, partnerships or alliances, and the sale of the company.