Computex brings some new tablets to the fore

Many a times during the course of the last two days, we have heard about how prevalent handheld devices are both in the industry at large and at this year’s Computex. Thus we went in search of some tasty new tablets, and were most pleased to see that these were in abundance. 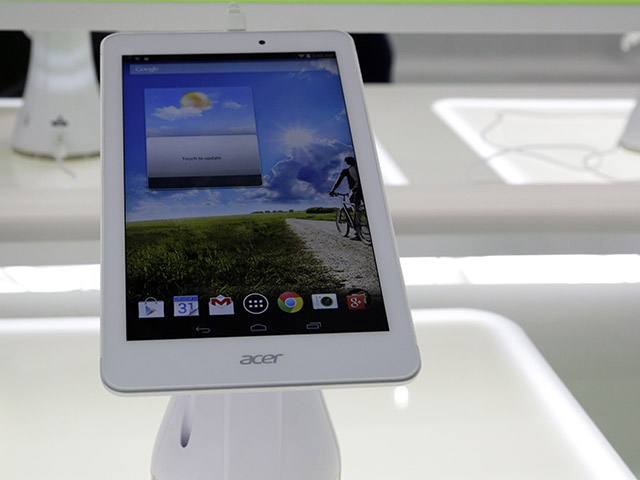 This has an interesting touch-to-wake-up functionality – merely touching the screen with more than two fingers coaxes the tablet from slumber, also found on the Acer Iconia A1. It worked rather well in our initial hands-on time with it.

Additionally, while the tablet felt light, it didn’t feel cheap; always a welcome first impression. Scrolling through menus and trying out a couple of apps was particularly smooth and zippy, and it certainly seems as though the Intel Atom Z3745 processor was up to the task. Additionally, there is a microSD card slot onboard for expanding its storage. Pricing, we were told, has yet to be determined and will be region dependant. Hopefully though, in South Africa this won’t be too expensive, because based on our initial time with it, it is certainly looking like a good offering from Acer.

And some Asus glory too...

Also coming to the tablet party, of course, is Asus. From its side, it was similarly an 8” tablet that caught our attention, namely the Memo Pad 8 (although it is accompanied by the smaller Memopad 7 as well). Much like the Iconia Tab from Acer, it does sports a quad-core 64-bit Intel Atom processor, and its screen offered a 1280x800 resolution. While we would have liked to have seen higher, we couldn’t really fault the colour reproduction on Asus’ newest device. 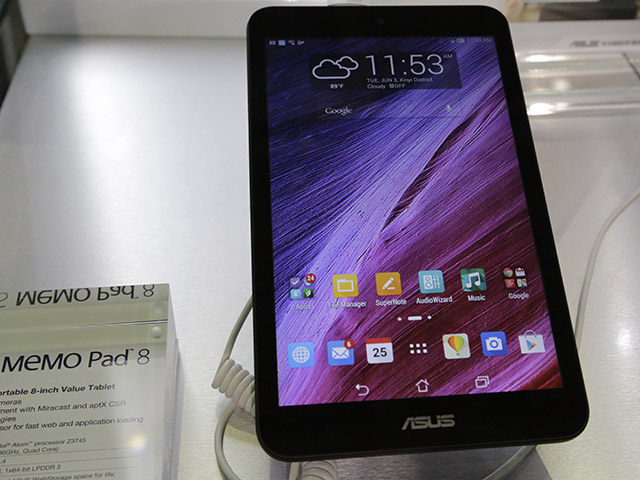 That being said, there are a couple of concerns that we have, particularly around storage. It seems as though the tablet will only have 16 GB onboard storage, with no microSD card slot for expansion. That will then be supplanted by 5 GB of Asus WebStorage for life, and 11 GB for the first year free. Asus reassures that it will offer nine hours of battery life, not at all bad for an 8” device.

The device is being pitched as a value (read: affordable) offering, with a preliminary price in the $200 region, which may explain why at least a couple of corners have been cut. However, that is certainly not the last we have seen from neither Asus nor Acer, and of course, of tablets in general. Expect plenty more on that front in the days ahead.