On schedule to arrive 16 years after the original, Crouching Tiger, Hidden Dragon: Sword of Destiny is doing things a bit differently. Being a Netflix original movie, it will only debut in select IMAX theatres come 26 February 2016 (in the States at least) and of course on Netflix, the first movie ever to do so.

Ang Lee (Hulk) is not directing this one, instead it’s up to Hong Kong action cinema expert Yuen Woo-ping (Drunken Master and martial arts choreographer on The Matrix) to keep the action tight and the martial arts fluent. He worked as action choreographer on the first movie, so hopefully we can expect more of those amazing fight scenes. Also back is Michelle Yeoh (Tomorrow Never Dies) as Yu Shu Lien, with Donnie Yen (IP Man) taking on the role of the main protagonist.

Fans of the original will be happy to learn about the new trailer, although from our perspective we remember the first movie as quite a bit more spectacular than what this new trailer presents. We’re not quite sure of the electronic version of Bad Moon Rising playing in the background either, but the trailer does offer a few sequences that show that Woo-ping has not lost his deft touch yet. None more so than the unconventional ‘elevator’ taken down to ground level at 1.19.

Hit the trailer below to see if Sword of Destiny lives up to the expectations of its predecessor. 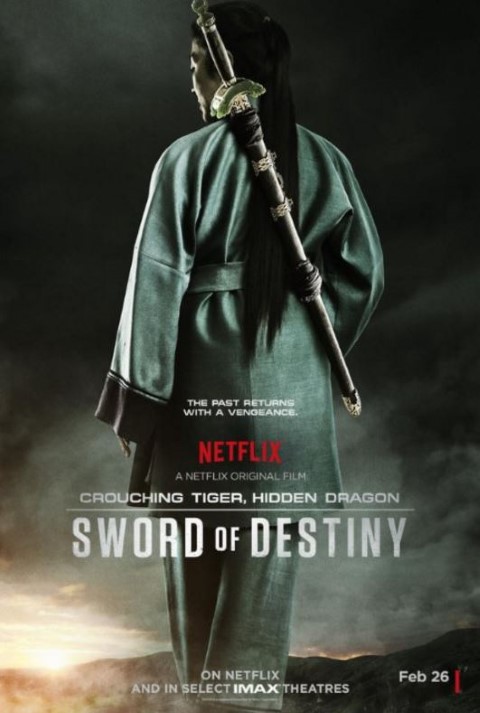