Apple and Nokia aren’t the only companies announcing new tablets this week; with Dell unveiling its new Dell Venue tablet family as well.

The Dell Venue line harbours a typical nuclear family of four models, which include 7" and 8" Android based offerings, as well as 8" and 11" Windows based options as well. The Android offerings, namely the Dell Venue 7 and Dell Venue 8, sport Intel Atom Z2760 Clover Trail processors.

Both tablets apparently run Android Jelly Bean (4.2.2), while sporting 1280x800 IPS displays, and a generous 2 GB of memory. Coming as no surprise whatsoever is that the tablets will come with 16 GB or 32 GB of storage, a microSD slot and a 5 megapixel rear camera. 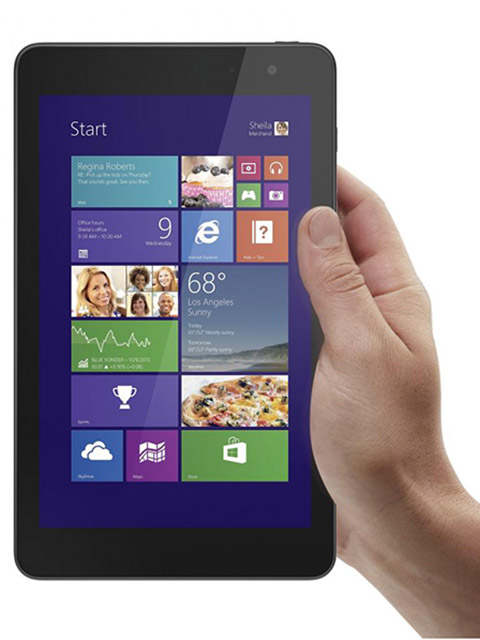 If you've been hankering for an 8" Windows 8.1 tablet, then you may want to check out the Dell Venue 8 Pro.

On the Windows OS members of the family side, the Windows 8.1 running Venue 8 Pro sports a bright HD IPS display, along with, Dell assures, “a long battery life” (how long exactly has not been specified). Additionally, Office 2013 Home & Student is apparently included with the device, while the Dell Active Stylus is an optional extra.

The Dell Venue 11 Pro, meanwhile, similarly based on Windows 8.1, is the 2-in-1 hybrid of the bunch. Along with a full HD display, it offers a detachable keyboard and thus is able to shift into a similar user experience as provided by an ultrabook. Additionally, Dell pointed out that unlike competitive tablets, it has a user removable/replaceable battery.

Both the Dell Venue 8 Pro and Dell Venue 11 Pro feature the new Intel Atom quad-core processors, code named Bay Trail, although the Venue 11 Pro accommodates up to 4th Generation Intel Core i3 and i5 processor options as well. Additionally, the Venue 11 Pro is further available with several accessories, such as an active stylus for drawing or taking notes, Dell’s slim keyboard, which also serves as a cover, and the Dell Desktop Dock, which adds USB 3.0 ports, and dual display out ports for display extension.

“The new Dell Venue tablets and XPS notebooks give customers the stellar experience they expect from us, with performance that allows them to work how they want, when they want, in a design they’ll be proud to show off and own,” commented Boitumelo Kgonare, Dell Client  Product Manager for South Africa.

Although the company’s newest tablets will be available here as from next month, local pricing has yet to be confirmed.