Facebook has a thing for chat rooms. The company tried and failed to launch a standalone app called Rooms in late 2014. Now, the chat room has taken on a slightly different form, this time appearing as a feature in the company's mobile messaging platform as Messenger Rooms.

This new feature is set to launch in select markets in coming months according to TechCrunch, and will attempt to generate user engagement within a public domain on a range of topics. How this idea differs from Reddit remains to be seen.

The precise nature of Messenger Rooms is not known at this stage, but TechCrunch has identified text in a bit of code discovered in September this year. "Rooms are for public conversations about topics and interests. Each Room has a link that can be shared so anyone on Messenger can join the conversation." 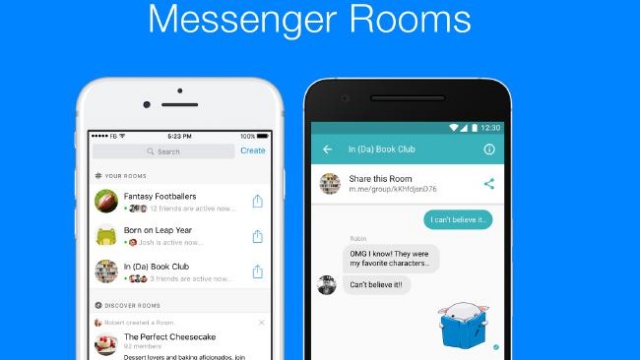 Along with being able to comment and interact with other users on more general topics, it is believed that Messenger Rooms will allow people to create their own chat rooms within the app, as well as invite others to have private conversations and group conversations akin to WhatsApp.

Currently rolling out in Australia and Canada, as confirmed by Facebook to TechCrunch, it's unclear at this whether Messenger Rooms will debut in other countries too.