First Xbox One update for 2016 brings dashboard and Party enhancements

It's a new year and Microsoft has its first Xbox One update for 2016 lined up for release next week. The update is currently being rolled out to Xbox One Preview users, with the rest of the Xbox One community receiving it a few days later, along with those touting a Windows 10 PC and Xbox beta mobile app.

What does this update have in store? According to a blog post on the Xbox newswire, it will address a few user complaints around the functionality of the Party mode. More specifically the inability to see who is inside a Party chat before you decide to join. 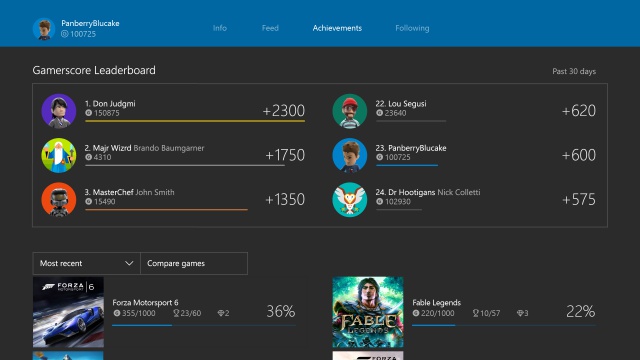 Added to this Xbox is also reviving the Gamescore Leaderboard, which can be viewed in the achievements section of the sign-in tab. One of the other new features will be the ability to rearrange Home pins, as well as being able to access them offline. Microsoft has also integrated the Xbox One activity feed to notify users when items have been added.

There are also a number of other improvements the company has in store for this update, including joining Twitch broadcasts in real-time, new Avatar items in-store and various media formats added to the trending portion of the dashboard.