First a wildly popular manga series, then a widely acclaimed Anime series, will Attack on Titan prove as successful as a live action movie? Japanese filmmaker Shinji Higuchi certainly hopes so, and gauging by the reaction from the assembled panel of entertainment personalities in the video below, it seems like the Japanese language live action version of Attack on Titan will be well received. 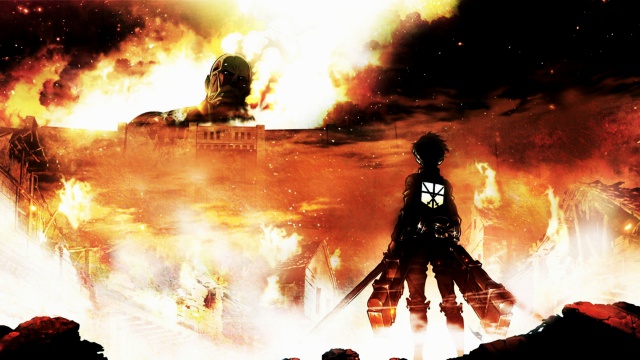 It really comes as no surprise that the manga (created by Hajime Isayama) turned anime has proofed so popular. It's a new interpretation of the classic Kaiju, but instead of skyscraper tall monster lizards, it's three to six-story building tall humanoid giants. They also have an insatiable and misunderstood taste for human flesh, which means that humanity is pretty much outmanned and outgunned. As such, themes of war, fighting for a lost cause and even some team work all take place in Attack on Titan, so a live action version was always on the cards.

First to take it on is the Japanese, and a teaser poster for the film appeared late last year. Now the first trailer has surfaced, with all the CGI goodness we were expecting to see. Along with the main cast, we also see the Colossal Titan (think of it as a gigantic version of those Body Worlds exhibits), as it lays waste to the fictional world of an early 1900s era Japan. The manga and anime however are set in more of a European setting, and suitably feature a number of blonde-haired Gaijin. 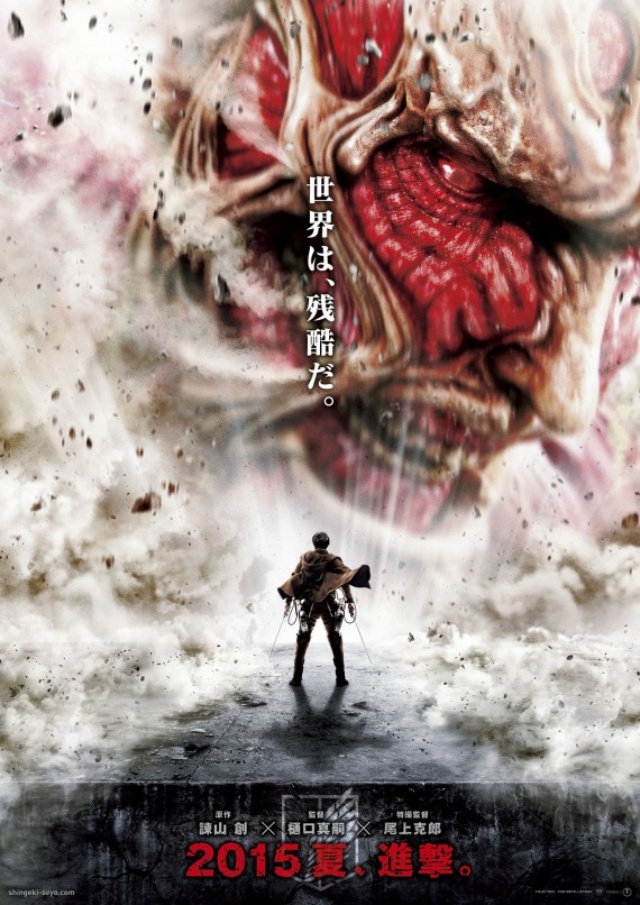 Although this Japanese version's release date has not been confirmed, Sony Entertainment has registered a number of domains for their own Attack on Titan film, which means that a US version could well be in the works.

If you haven't seen Attack on Titan before, we highly recommend it. After the Japanese trailer, click on the anime series' trailer for some more Titan action.