Fitbit has made changes to their Alta smartband, with version 2 now coming with continuous heart rate monitoring, utilising a specially designed PurePulse chip. The company believes this makes the Alta HR the world’s slimmest fitness wristband to do so, which works out well if you do not want to go for the 25% thicker Charge 2 (review).

On board you’ll find most of the features that the original had, including automatic exercise recognition, sleep tracking, battery life of up to seven days and smart notifications. Fitbit added to this by also including what they call Sleep Stages, which utilises accelerometer data and heart rate variability. It does so to more accurately track how long you spend in light, deep and REM sleep stages, also tracking when you are awake.

To help better understand sleeping patterns, Fitbit claims to have used approximately three billion nights of logged sleep data from users to provide Sleep Insights. This is actionable guidance and coaching to help improve sleep, providing insights such as, for example, that runners have 20 minutes of restful sleep more on days that they have ran than on others, and that a lack of sleep can increase your hunger hormones. Fitbit Blaze and Charge 2 owners will be happy to learn that Sleep Stages will also be making its way to their units come April 2017.

Apart from monitoring sleep and heart rate, the Fitbit Alta HR also tracks steps, distance, calorie burn and active minutes during the day. As with other Fitbit units, there is also call, text and calendar notifications present, with the unit connecting to the Fitbit app on smartphones.

The Fitbit Alta HR will be coming to South Africa in April 2017, with no official price available just yet. 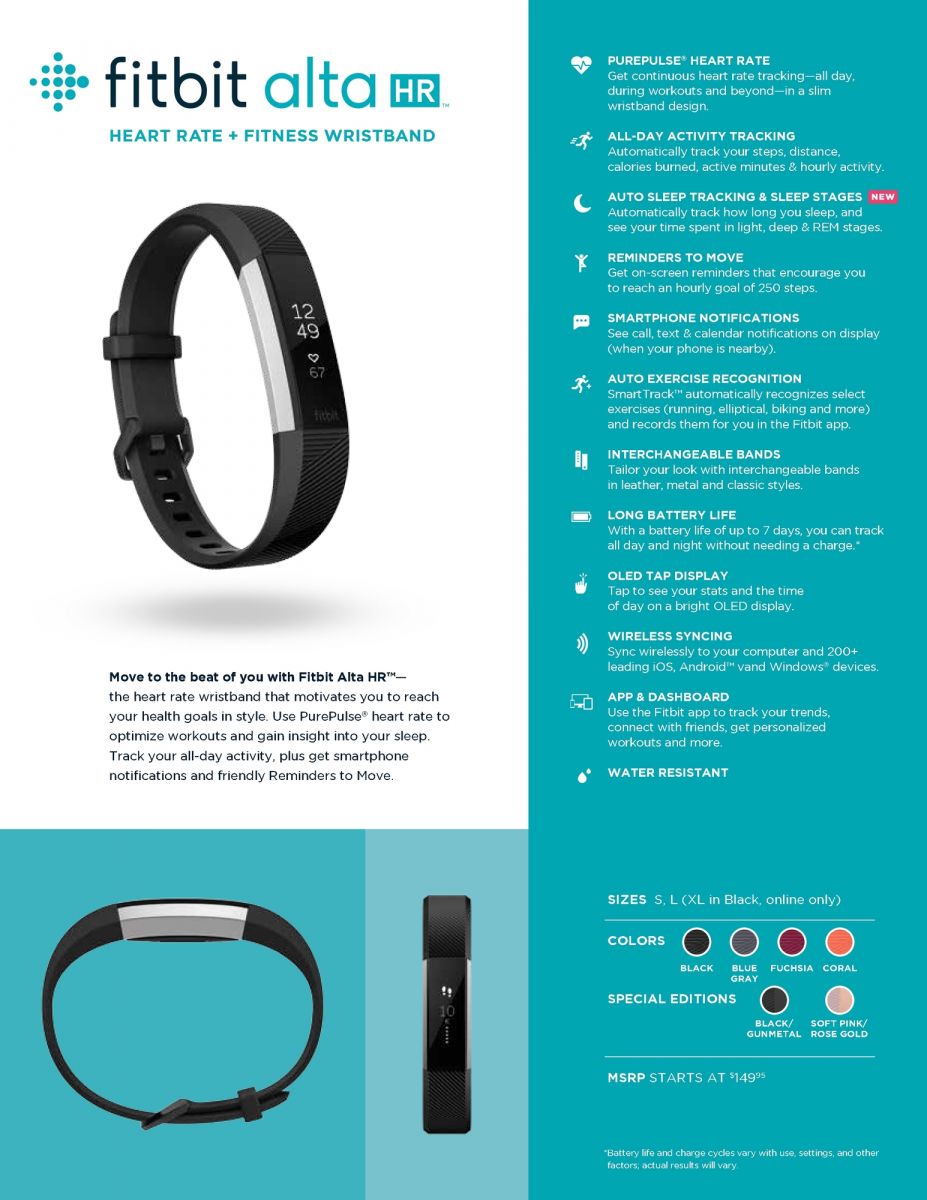