Fans of the Fullmetal Alchemist anime/manga rejoice, the new trailer offers the best glimpse yet of what the live-action movie might offer.

Hiromu Arakawa’s manga will be directed by Fumihiko Sori, who also helmed Ichi and the anime Dragon Age: Dawn of the Seeker, based on the video game.

The movie takes us through the Fullmetal Alchemist origin story, tracing brothers Edward (Ryosuke Yamada, Assassination Classroom) and Alphonse Elric quest for the legendary Philosopher’s Stone. They are not after it for fame and fortune alone, rather to restore their bodies after an experiment of human transmutation went seriously awry.

Director Sori stated that the movie will remain faithful to the manga, although it must have been difficult to compress 27 volumes into two hours of film. He can’t be faulted for enthusiasm though, having noted, "It is my dearest wish to turn this wonderful story into a film, and it is not an exaggeration to say that I am living for this reason."

Let’s just hope that the live-action effort for Fullmetal Alchemist doesn’t turn into the disaster of Attach on Titan’s effort. From what we’re seeing below, Edward and Alphonse’s journey might just be passable fare. Fans of the anime are free to comments below. 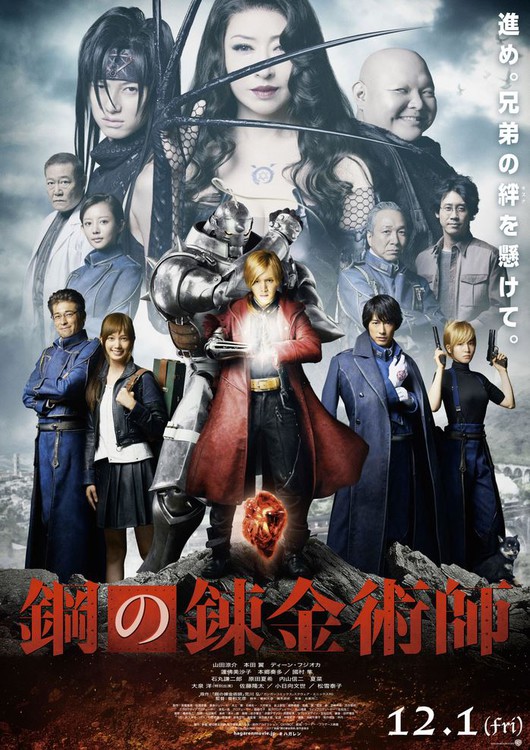