F1 2013 powers down the availability straight globally this spring on the Xbox 360, PlayStation 3, and Windows PC. The game will boast all the official cars, circuits and star drivers from the 2013 season, along with all the updated rules, tyre changes and remodelled handling of the cars.

Developer Codemasters also revealed some of its race strategy for this title including a new F1 Classics mode. This enables players to race iconic cars from the 1980s, ranging from Williams, Lotus and Ferrari, against legendary drivers the likes of Mario Andretti, Nigel Mansell, Emerson Fittipaldi and Gerhard Berger.

More classic drivers and circuits will be announced at a later stage, so we are hoping that the late great Ayrton Senna will be amongst them. For a brief glimpse at the golden age of Formula 1 check out the teaser trailer posted below.

The biggest weapon in the FIFA series’ arsenal over series rival Pro Evolution Soccer (PES) is its officially licensed content that includes club names and crests, as well as kits, stadiums, and star players. This attack is about to get even more potent within FIFA 14, as EA has announced that it has secured licensing agreements with 19 of the top football clubs from Brazil, boosting the total number of clubs available in-game to more than 600 from over 30 different leagues, featuring more than 16 000 players.

FIFA 14 will be locally available in stores on 27 September for Windows PC, Xbox 360, PlayStation 3, along with many mobile- and portable gaming formats. The game will also dribble its way onto the Xbox One and PlayStation 4, following these next-generation consoles’ respective launches later this year.

It’s not often that one of the better fates to befall a game involves a long delay, but such is the case with Rayman Legends. The game, which was originally slated for release only on the Wii U in February, but is now coming to PS3, Xbox 360, Wii U and PS Vita next month, will be bringing with it a considerable amount of new content.

This includes a whopping 40 levels from Rayman Origins, culled from amongst the developer’s favourites, and a soccer-like mini game called Kung Foot, which will enable up to five players on the Wii U or four players on the other platforms to test their foot skills against each other.

In short, this makes Rayman Legends an even better proposition for a title that looks like it is already crammed to the brim with some typical, mad Rayman platforming goodness. If you need more incentive to put Rayman Legends on your must-buy list, then bounce your eyes down to the trailer below.

Dishonored: The Brigmore Witches, which is the third piece of DLC for the excellent Dishonored (review), has been unveiled by Bethesda. This will conclude Daud’s story, which began with The Knife of Dunwall.

According to Bethesda, Daud will need to stop the leader of the Brigmore Witch coven from completing a ritual that would “spell his doom.” As with the previous chapters, the DLC will bring new powers, weapons and gadgets to the already rich offerings found in Dishonored. These will include the ability to summon Whalers to rush to your aid, and the Star Wars Force inspired Pull, which enables you, as the name suggests, to pull enemies up close and personal to meet your blade.

Additionally, players will be able to employ Chokedust to daze enemies and Stun Mines to, well, stun them. Players can venture into other parts of Dunwall, such as Draper’s Ward, rival gangs’ home bases, Coldridge Prison (from which Corvo escaped in the full game) and the gothic Brigmore Manor. 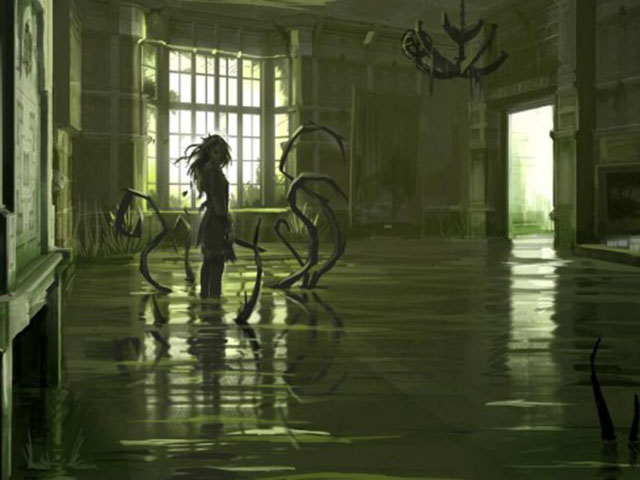 Hope, is seems, truly does spring eternal, or at least so it seems when it comes to certain games. For us, one of these is the Final Fantasy series, or at least, the forthcoming Lightning Returns: Final Fantasy XIII.  Fanning the embers of that hope is a new trailer, which shows quite a bit more about the title’s end-times theme, and Lightning’s role in “saving the innocent”. She though, has just thirteen days to do so, in what one can indeed call a gruelling deadline.

We, however, have a slightly longer wait to see whether Lightning can re-ignite our interest in the franchise, as the game is only due in February next year. Let’s hope that Lightning can also rescue our desire to play the Final Fantasy RPG again, because it would truly be a pity if that too falls into the Void.

The second trailer for WWE 2K14 has backflipped its way into the PR arena, revealing that gamers who pre-order the game will count legendary WWE superstar Ultimate Warrior amongst their list of playable characters. See the legend himself heralding his first ever appearance in a WWE title (trailer posted below) within WWE 2K14, which makes its way to the virtual arena during October for the PlayStation 3 and Xbox 360.