A bevy of Batman: Arkham Origins (review) DLC has silently swooped onto the consoles and PC, for those players who can’t get enough of the caped crusader. Kicking off the lineup is the Infinite Earths Skins Pack, which includes six skins drawn from the comics. More particularly, players can robe their Batman as the Earth 2 Dark Knight or Batman, Long Halloween Batman, Batman: Dark Knight of the Round Table and Thrillkiller Batman.

Finally, and one new addition particularly for multiplayer lovers, is the Online Supply Drop #1 DLC. This bring two additional clothing items with game enhancing features for Bane and The Joker; the all-new Sawn-Off Shotgun; and extra weapon progression bonuses and skins.

The new DLC is now available on the PlayStation Network, Xbox Live or via Steam for PS3, Xbox 360 and PC versions of the game respectively.

Lego The Hobbit confirmed to be in development

Given the success of previous Lego crossover games, it didn’t take a visit to Rivendell to foresee The Hobbit following in its footsteps. The game, which is slated for release next year, will be based on the first two films of The Hobbit Trilogy - namely The Hobbit: An Unexpected Journey and the upcoming The Hobbit: Desolation of Smaug.

Additionally, players will be able to step into the large, hairy feet of their favorite Hobbit characters, including Bilbo, as well as play as Gandalf, and all of the Dwarves in Bilbo’s party. Apparently, each of the latter will offer their own ability.

The game will take players across key locations from the films, including Bag End, Bilbo’s Hobbit-hole in Hobbiton, the treacherous High Pass over The Misty Mountains, and Goblin-town, Mirkwood and Rivendell. Along the way, players will also be tasked with solving countless puzzles, partake in Treasure Quests and battle with Orcs and Trolls and fouler things.  They will also be able to mine for gems, discover loot from enemies, craft magical items and build new Lego structures.

The good news is that the game is trudging its way to almost all platforms, such as the PS4, PS3, Xbox One, Xbox 360, Wii U, 3DS, PS Vita as well as Windows PC and Mac.

We may not be surprised, nor are we unhappy about the announcement at all, and suspect that those who have faithfully followed the Lego crossover games and enjoyed smashing their enemies to Lego bits will quite possibly jump at the opportunity to become Hobbitual offenders. 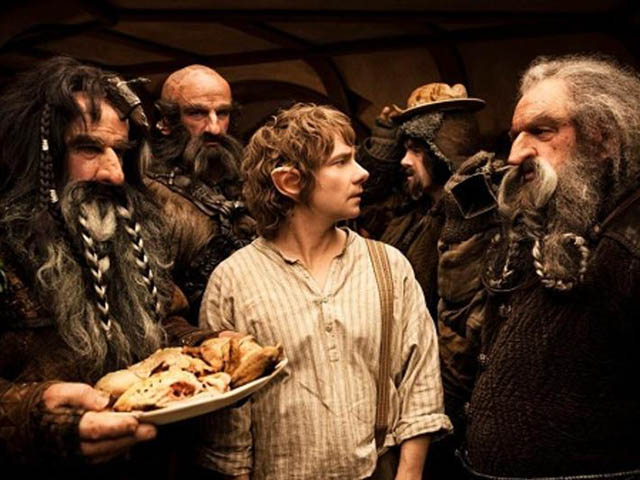 With the likelihood of a Legend of Zelda game appearing on tablets or mobile devices anytime soon is slim to none, it appears as though the mobile-exploration mantle has been firmly picked up by other developers.

A case in point is the recently released Oceanhorn: Monster of Uncharted Seas on iOS, which bears more than a small similarity to the excellent Legend of Zelda Wind Waker HD. If you loved that game (and really, who wouldn’t?) and have been longing for some Zelda-esque action on your iOS tablet, then chart a course for the launch trailer below and see if it encourages you to set your sail for a visit to the App Store.

Additionally, while the game was priced at around R70 on the App Store, apparently it garnered enough of a following very quickly to enable FDG Entertainment to recoup the costs of the game’s development in less than a week, certainly a heroic achievement for indie publishers, and games two years in the making, in particular.

In case PC players thought they were going to get away scott free with fat wallets and wise savings this holiday season while console gamers rushed to get their next gen console, they can think again. Steam has unveiled yet another sale, running from now up until the 3rd of December.

Each day brings new daily deals, with the likes of Dark Souls, Dead Island and Van Helsing on offer at discounted prices today, for example. Additionally, players can also find themselves tempted by new Flash sales.

Both of these are refreshed every eight hours, while players can also pick up the previous day’s big deals for a steal. Consider yourself warned.

While Injustice: Gods Among Us (quick review) on next-gen systems and Killer Instinct are duking it out for our attention at the moment, the next chapter in the Street Fighter franchise has made its way to the virtual arena.

Capcom has released a few new trailers (posted below) that showcases some of the ultras and super combos that players can use to solve the dilemma of who gets to claim that last slice of pizza. In these trailers, you can see Rolento, Poison, Hugo (the only character to make Zangief look like a dwarf), and Elena (the Eddy Gordo of Street Fighter), all showcasing their pummeling skills.

Ashes to ashes, dust to dust

Cricket and rugby games do not count amongst the glitzy and glamorous sports franchises with annual releases. Now, cricket fans have even less virtual slogging action to look forward to.  Just a few days after taking to the virtual field known as Steam, Ashes Cricket 2013 has been cancelled by 505 Games.

In a statement provided to VideoGamer.com, 505 Games said the game was pulled from Steam as a result of negative customer feedback, and gamers who already purchased the title will be refunded. 505 Games did not put the blame for this loss of face on the Duckworth-Lewis method, but the developer - Trickstar Games. Ashes Cricket 2013 was originally scheduled for release on 21 June, but delayed for four months because of quality concerns.

“At the start of the project, 505 Games received all assurances from the developer that the engine was up to the task of creating a dynamic, cutting-edge cricket game for the modern age across multiple platforms, and unfortunately those assurances were found to be misplaced,” the statement read.

“The net result of the challenges we have faced was a game which, despite our best efforts over the course of a 2 year development, couldn’t meet the quality benchmarks of either us, our licensors or our customers. 505 Games’ main priority right now is to protect the Ashes name and that of the ECB and Cricket Australia, and do what we can to recompense the cricket community.” 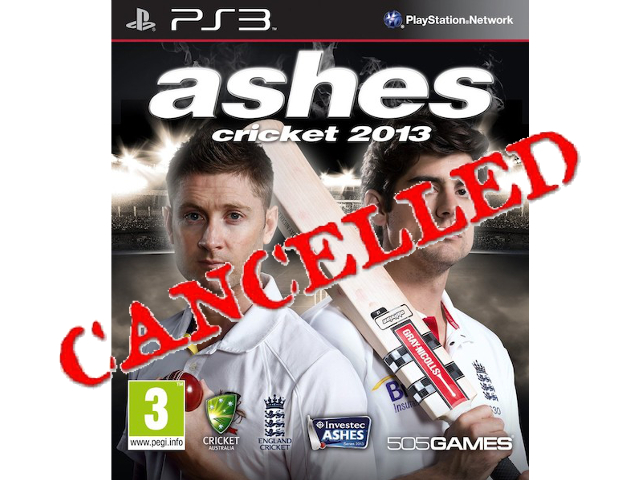 WoW’s debut on the silver screen pushed back

If the thought of seeing some Orcs vs Humans action in the forthcoming World of Warcraft movie, really floats your cinematic boat, then you’ll be disappointed to hear that the film’s release has been delayed.

According to the official World of Warcraft Twitter page, the release date for Universal Pictures’ Warcraft movie has been pushed back from 18 December 2015 until 11 March 2016. WoW did not provide a reason, but 18 December also happens to be the US release date for Star Wars: Episode VII. So we assume WoW does not want to underestimate the power (and lens flare) of director J.J. Abrams (may the cinematic force be with him).