Our trigger fingers are itching for a taste of the FPS action within Call of Duty: Ghosts, which blasts its way onto current and next generation gaming platforms during November. The gaming generals have answered our collective cries this week, declassifying a new single player campaign trailer.

Amongst others, this trailer sports footage of space warfare, US insurgents and man's best friend - Riley the military dog - doing his bit for the nation by taking a big bite out of terrorism. Hit the video below or the terrorists win.

Dishonored gets a Game of the Year edition

One of the best games to come out last year was undoubtedly Dishonored (review). Since then, developers Arkane Studios have been keeping the supernatural stealth meets action title things fresh with some compelling downloadable content (DLC) as well. Now, Bethesda have announced that the widely lauded new IP will be receiving a Game of the Year (GOTY) edition on the 11th October.

This will include the main game along with all the add-on content to date, such as the Dunwall City Trials, The Knife of Dunwall, The Brigmore Witches and the Void Walker’s Arsenal.

“Dishonored introduced a new world and cast of characters which have really resonated with gamers around the world since its release in October 2012,” commented Pete Hines, VP Marketing and PR, Bethesda Softworks. “We’re now excited to offer people the opportunity to have all of this great content in one package.”

If you need a reminder of how compelling the game is, then look no further than release of its latest piece of DLC, The Brigmore Witches.

Metro: Last Light’s third piece of downloadable content, called the Developers Pack, has been dated for release next Wednesday on PC, Xbox 360 and PS3. The most interesting part of what the DLC brings to the table though is the solo mission entitled The Spider’s Nest.

This dumps players in a spider infested catacomb, and equips them with a new flamethrower, which should come in handy, particularly if you suffer from arachnophobia.

Additionally, the DLC also brings an AI Arena, in which players can pit customisable squads of human soldiers and mutants against each other; a Metro Museum in which to explore Metro’s cast of characters and the facility to experiment with every gun and attachment combination in the Shooting Range.

The DLC will cost $4 (R40) when it launches, and will be followed up by the fourth and final piece of DLC, named Chronicles, at a later date.

Amalur IP goes under the hammer

Despite the fact that Kingdoms of Amalur: Reckoning (review) was certainly an enjoyable and engrossing RPG, unfortunately, its dire fate couldn’t be averted, since soon after launch, 38 Studios went bankrupt.

Now, the Amalur intellectual property, which includes Project Copernicus, the planned massive multiplayer online game that the studio was working on, is apparently going up for auction. One bright spot for fans of the game is that court-appointed receiver for 38 Studios, Richard Land is apparently optimistic about the sale, pointing out that its artwork, technology and concept are all current.

Provided of course, that some good and enterprising studio picks up the IP, then perhaps not all hope is lost for a return to Amalur in the future. 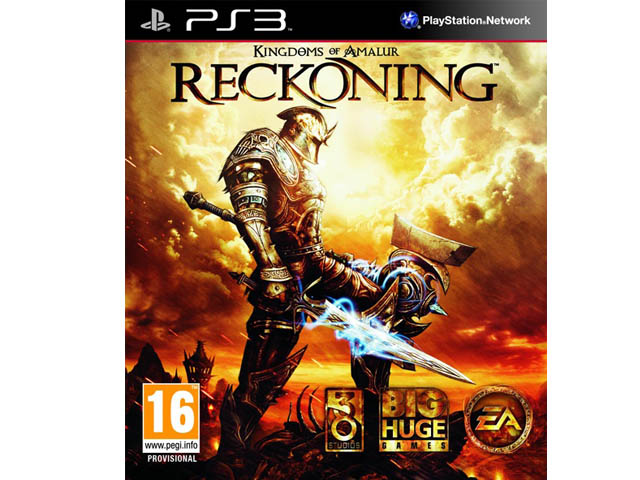 If Bound by Flame, first announced at Gamescom earlier this month similarly piqued your curiosity, then you may want to take a look at the first teaser trailer (shown below). The trailer shows a brief glimpse of the world – and a demon in deep need of some major orthodontic work.

Bound by Flame sees players bonded to (or is that possessed by?) a flame demon. Players will either be able to embrace the demon’s powers – in exchange for pieces of their Soul and thus become more evil as a result - or reject their otherworldly tenant and rather strive to become heroically human.

The game is slated for release on the PS3, Xbox 360, PC, and PS4 is also on the cards for release this year (what little is left of it) with the exception of the PS4 version, which arrives next year. See if the trailer leaves you with a Dragon Age meets Zack Snyder’s 300 vibe too.

Soccer and sport game fans who are eager to strap on their virtual boots in the upcoming FIFA 14 are now able to try out the demo of the game for free. Electronic Arts released a playable demo of FIFA 14 that is globally available to download for Xbox Live Gold members, over PSN for PlayStation 3 gamers, and via Origin for PC owners. Xbox Live silver members will have to wait a little longer, until 17 September, before they can hit the virtual pitch. In celebration of the demo’s release, EA has made a new trailer for the game (posted below) available that showcases some of the goal celebrations players will be able to perform in-game.

The full game hits local stores on 27 September for the Xbox 360 (with Kinect support), PC, PS3 (with PS Move support), Nintendo Wii, PS Vita, PSP, and PlayStation 2. The game will also be available on Xbox One, PlayStation 4, and mobile platforms later this year.

New game based on J.K Rowling’s world being considered

Along with the exciting news that J.K. Rowling is penning the script for a new movie, Fantastic Beasts and Where to Find Them, that effectively returns to the world of Harry Potter (although it is set 70 years before Harry defeated Voldemort), apparently, a new game is also being considered.

Rowling explained that the film is planned as a series, although no mention as yet as to whether the games based on the movies will similarly receive the same treatment.

In any event, Fantastic Beasts and Where to Find Them will apparently follow the adventures of the titular book’s author, Newt Scamander, and will start off not in London, but in New York, similarly steeped in the wizarding world that beguiled Harry Potter fans.

Hopefully though, any game based on the intellectual property will be considerably better than the Harry Potter based ones, which generally, weren’t half as good as the movies.

Puppeteer celebrates its arrival with a launch trailer

It’s a brave studio that is willing to try new things and break the mold where games are concerned. To its credit, this is just the case with SCE Japan Studio’s Puppeteer, which goes on sale today, alongside the freely available demo on the PSN.

What is notable about Puppeteer is that it is a side scrolling platformer in which players step into the shoes of a young boy, Kutaro, who has been transformed into a wooden puppet. With the aid of a pair of magical shears, Kutaro has to ultimately confront the evil Moon Bear King in order to regain his humanity. This all takes place within a magical theatre, so familiar or well-worn fare, it isn’t.

The PS3 exclusive also supports the Move controller as well as 3D TV’s. If you have been seeking an excuse to dust off the former and put to work the latter, this may be it. Take a look at the trailer below and see if Puppeteer tugs on your heartstrings.

If, like us, you loved the time spent behind the wheel of Codemaster’s Grid 2 (review), then you’ll be happy to learn that some new DLC has left the development pits in the form of the Drift pack (trailer posted below). This DLC is available from the Xbox Live gaming network for 480 Microsoft points and around R60 on steam for Windows PC and PSN for the PS3. The Drift pack includes four special edition cars (Daijiro Yoshihara Nissan 240sx, Team Orange Mitsubishi Evo x, Chevrolet “Tyler McQuarrie” Camaro, and NOS Energy Nissan 370Z) that are available to race in the game’s single player, split-screen and multiplayer modes.