If, like us, you have been waiting for Naughty Dog to come to the PS4 party, well, the latest announcement should put a very big smile on your face. The developers behind the excellent Uncharted (review) franchise as well as the highly lauded The Last of Us (review). rocked the Spike TV PS4 All Access event last night, confirming that they are indeed working on the next entry in the Uncharted series.

What’s more, the company also produced a teaser trailer, which hints at themes of betrayal, vengeance and someone’s past coming back to haunt them. On the PlayStation blog, Naughty Dog commented that its goal is to continue what it has done in previous console generations “and once again deliver the best in storytelling, performance capture, technical innovation and graphics on the PS4”.

The company also confirmed that the voiceover you hear in the trailer below is Todd Stashwick (The Riches, You, Me and Dupree), who will play a character in the game.

At present, Naughty Dog hasn’t revealed too many details, including that of a release date. However, if you are a fan of the Uncharted series (we are) you might just have found your reason, if you still needed one, to pick up a PS4 in the near future.

Single player DLC for The Last of Us confirmed and teased

A new Uncharted for the next gen PS4 isn’t the only trick Naughty Dog had up its sleeve. The team also tossed current gen players a substantial bone as well, announcing the first piece of its single player DLC for the outstanding  The Last of Us (review).

The Left Behind DLC sees Ashley Johnson reprising her role as Ellie, and players stepping into her sassy and streetsmart shoes, and follows her life while at a military boarding school in the Boston quarantine zone, before the events of the main title. Also notable is that Ellie is joined by her best friend Riley, with their adventure following on from The Last of Us: American Dreams comic series.

Naughty Dog has promised that the DLC will meet the quality and gameplay that we’ve come to expect from The Last of Us, and hinted that it will also include “a few surprises.”

The DLC is expected to arrive early next year; and is included in the Season Pass. For everyone else, it will carry a $15 (R150) price tag. In the meantime, take a look at the teaser trailer below.

Yet another PS4 exclusive receiving fresh and tasty new trailers is infamous: Second Son. The duo of new trailers firstly show Delsin absorbing and harnessing neon energy (quick, someone get him to Las Vegas!) and then show a good five minutes of gameplay of Delsin in action. Judging by the latter, the third entry in the franchise is looking very good, and lots of fun.

Thankfully, the distance between now and when players will finally get their hands on the game is gradually dispersing, with 21 March 2014 not too far away now. In the meantime, enjoy the trailers below.

Warner Bros announces Middle-earth: Shadow of Mordor is in development

Continuing with the theme of old favourites making a fresh return, here is one for fans of the rich Lord of the Rings lore. Warner Bros. Interactive Entertainment has announced that Monolith Productions is working on Middle-earth: Shadow of Mordor, a next-generation, third-person action game set in Middle-earth.

Players will step into the shoes of the ranger Talion, who makes a supernatural comeback after he and his family are slain upon Sauron’s return. Vowing vengeance for his loss, Talion’s resurrection has apparently endowed him with Wraith abilities, which should make things interesting beyond just hack and slash gameplay.

“In Middle-earth: Shadow of Mordor, players will explore the dark and very personal theme of vengeance in a world where decisions have a consequence, and those consequences persist even after death,” elaborated Samantha Ryan, the senior vice president, production and development at Warner Bros. Interactive Entertainment. “The game introduces new gameplay mechanics to the action genre, creating opportunities for emergent and customised gameplay that will be rewarding for players,” she continued.

Furthermore, the game seems set to wending its way to most platforms, including the PS4, PS3, Xbox 360, Xbox One and PC. 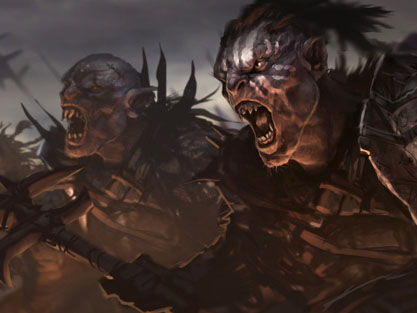 Bobbing and weaving for real in the Fighter Within

One gaming category getting us pumped up for next-gen is fighting games, with the likes of Injustice: Gods Among Us (quick review) and Killer Instinct duking it out for a slice of our gaming budgets. Another contender throwing its hat into the ring is the Xbox One exclusive - the Fighter Within - which uses Kinect for Xbox One’s motion recognition technology to make the combat action more involving.

Players can use real moves such as throwing a punch or ducking a roundhouse kick for instance, with their virtual, onscreen standin following suit via 1:1 precision movement tracking. Cast an eye on the fighting action in the latest trailer (posted below) to see how you will unleash a ferocious pounding on your friends in the near future.

What’s the story with Dead Rising 3?

If you cannot get enough of the zombie slaying' action in The Walking Dead TV series, and think that you will be able to fare much better in the aftermath of the zombie apocalypse then the upcoming Dead Rising 3 may well be the title for you.

Capcom Vancouver and Microsoft have delivered a peek behind the storyline veil of this survival horror title for the Xbox One, courtesy of the newest trailer (posted below) for the game. This video provides players with a first glimpse at the title’s cinematic moments and brain-munching drama in which the fictional city of Los Perdidos is transformed into a zombie-filled hell on Earth following an outbreak. Catch a glimpse of the MacGyver meets Rambo action by hitting the button below.

With the local launch of the PlayStation 4 now less than a month away it seems like the perfect time to peruse the graphical fidelity that next-gen consoles will offer gamers. Luckily, EA has echoed our sentiments, releasing a new next-gen trailer which showcases its upcoming titles running on the Xbox One and PS4. Amongst the games features in the trailer is FIFA 14 (review), Battlefield 4, and Need for Speed: Rivals.