90 minute making of video for The Last of Us revealed

Perhaps the highest compliment paid to a story, whether it is in a movie, game or novel form, is when the story, its world and its characters, linger long after the last scene has played or the last page has been turned. Such is the case with The Last of Us (review). Granted, it was not very long ago that players were given the opportunity to dive back into The Last of Us’ grim and poignant world, with the release of the DLC Left Behind.

Now, taking the sting out of the fact that this will apparently be the only simple player DLC made available for the game is this - a 90 minute behind the scene and making of video of the game. The video lifts the curtain on how the developers managed to craft such a believable and lasting world.

The video, entitled Grounded can be seen below. If you need another flicker of hope, how about this – Naughty Dog has stated that apparently there is a 50/50 chance that they may make a sequel.

Stepping out of the shadows this week is The Order: 1886, from Ready at Dawn, with a new trailer and some new gameplay details, for those who have been patiently waiting for more PS4 exclusives to grace their shiny new console.

If The Order has slipped under your radar so far, start with the first trailer below sounding like Sean Connery almost revisiting his King Arthur voice. Then, head on over to the latest gameplay trailer, which doesn’t just hint at an enticingly ominous world, but throws you headfirst into it and leaves one with the following checklist: Neo Victorian London? Check. Pointy things (swords) being thrust into fleshy things (people)? Check. Knights wielding guns? Check. A distinctive Dishonored vibe? Some of that is there too. A game worth watching out for? You decide.

One last media gasp for Castlevania: Lords of Shadow 2

Accompanying the launch of Castlevania: Lords of Shadow 2 this week (finally!), Konami has released yet one more video to tempt players to pick up the title. In this one, the game’s mastery system is further detailed, showing how players will be able to purchase new moves and upgrade their skills and moves when using the Void Sword, whip and Chaos claws.

Suffice to say, the video below gives a good indication of the devastation Dracula can unleash; although, judging by what we’ve seen so far, the enemies the game throws at players won’t be pushovers by any means. Head over to the video below and see if this latest reveal sways your decision as to whether you will be playing Castlevania: Lords of Shadow 2 this weekend.

Sad news for all Wii, DS and DSi online multiplayer users, as Nintendo has announced that it will be discontinuing its online service along with other associated features, effective 20 May, 2014. This latest development will put an end to online play, matchmaking and leaderboard functionality for a host of titles on console and handheld platforms.

The reason for the service cancellation is yet to be confirmed, but users may check the affected game titles here. 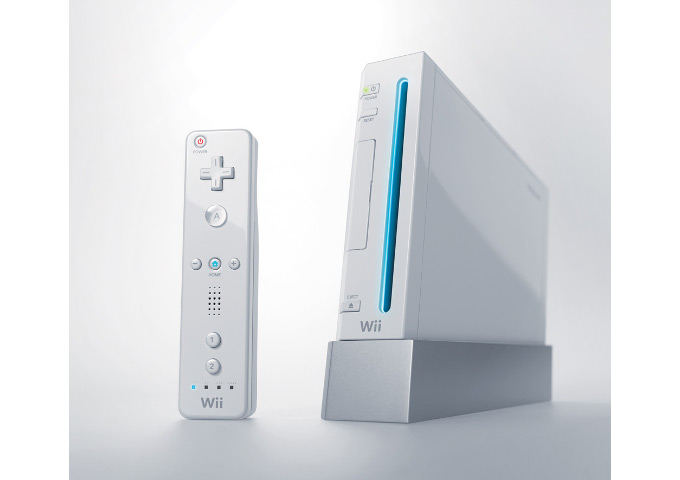 The US government has told the gaming industry to go sit in the corner - US lawmakers have expressed their displeasure at the “violent video game makers” stereotype by excluding game developers Stateside from receiving a tax break for their research and development in a recently announced tax reform bill.

This move, initiated by the Republican party, unfortunately doesn’t bode so well for players or for the industry, since R&D is essential to new advances coming from the industry.

If you want a slice of irony to go with your Friday morning coffee, consider this: in the political world, apparently violent video game creators are persona non grata, but those involved in the manufacture and sale of real assault weapons to anyone are to be defended at all cost. Go figure.

It will be available to purchase for download on PlayStation 3, Xbox 360 and PC. The new storyline will cost standard owners of the Arkham Origins original $10. It will however be free for those in possession of a $20 DLC season pass.

The teaser gives very little away, but we can tell that this version of Freeze will look a lot different to the one we saw in Arkham City. We just hope it’s better than Arnold Schwarzenegger’s performance in Batman and Robin (by far the worst movie in the franchise, ever).

Now onto some pretty important news for all you FPS-loving Jarheads out there. Game developer Activision, has announced that its online service, Call of Duty Elite, will shutdown as of 28 February. The free service, which debuted in 2011 alongside the release of Call of Duty: Modern Warfare 3 (review), allowed users to share and upload game stats, form clans, compete in online competitions and leagues, as well as live stream in-game action.

This decision has been in the works for some time, according to Activision, stating that a slow winding down process has been in effect since last year already. The company is currently urging users to switch to the official Call of Duty app, as a recourse.

There will however be some respite for former Elite users, with Activision stating that those who have used the service since 1 January, 2014, will receive two hours of double XP in Call of Duty: Ghosts. This should appear in user profiles soon, say Activision.