In case Splinter Cell: Blacklist’s (review) out of the box goodness just wasn’t enough for you, here’s one more reason to indulge your secret desire to be a lethal agent and step into Sam Fisher’s shoes – yet more gameplay courtesy of some new DLC.

The first mission on offer here involves stealth at sea in Billionaire’s Yacht, as players can team up with a friend to unleash their panther or ghost on a plush yacht. The second mission, Dead Coast, offers a little more familiar turf, with players going Sam Fisher on a terrorist cell in the Middle East.

Along with new co-op missions, the Homeland DLC also adds yet more weapons and gadgets to the mix. Gadgets wise, players can look forward to toying with a crossbow that fires sleeping gas cannisters (we’ve begged for one to review, to no avail as yet), as well as two new suits, one of which enables Sam to equip yet more gear, while the other offers better protection from bullets.

The DLC is currently available across the platforms for the reasonable sum of R65. 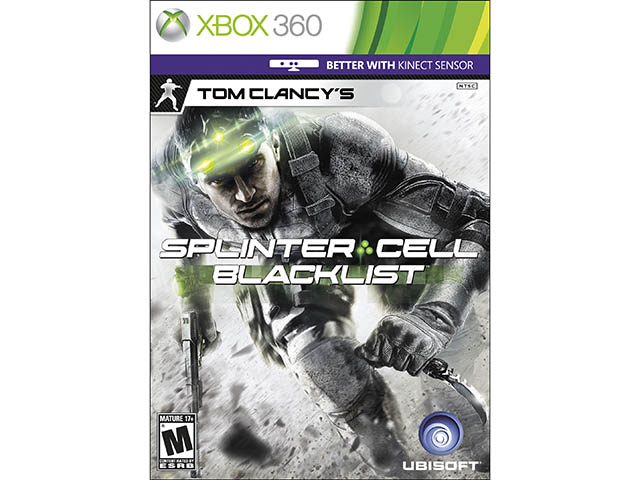 Cut the Rope snips itself a sequel

For those who, like us, consider Cut the Rope amongst some of the best puzzle games on mobile devices, here is some really good news – the candy loving creature Om Nom will be receiving a full blown sequel, Cut the Rope 2.

Previously the game has received a couple of spinoffs, named Cut the Rope: Experiments and Cut the Rope: Time Travel. In total, the Cut the Rope franchise has apparently racked up an impressive 400 million downloads to date, no doubt a result far sweeter than a striped ball of candy to developers ZeptoLab’s ears.

The developers have also promised that they will be bringing new twists to the physics-based gameplay that the Cut the Rope franchise has executed so well.

While the sequel hasn’t been dated as yet, it apparently will be ready and available to download (presumably on iOS and Android devices) before the closing of the year.

We make no secret of the fact that we have been particularly charmed by Rayman: Legends (review), which boasted fantastic art and a dazzling variety of levels, and is still a blast to play.

In a recent video interview from The Next Level, two of the company’s level designers revealed their secret weapon in building the game – Ubisoft’s UbiArt Framework. In the video below, the designers show how easy it is to modify a level’s terrain on the fly, with the ground being plucked up and pulled into a small cliff. Additionally, the ease of deploying various lighting options is also, well, highlighted.

It’s certainly impressive stuff, but it is also fascinating to see the game’s inner workings. Hit the video below to see for yourself.

The Rock lays the smackdown in latest WWE 2K14 trailer

The latest chapter in the popular WWE franchise - WWE 2K14 - enters the virtual ring on 1 November, when it will launch on the Xbox 360 and PlayStation 3. In the latest teaser trailer for the game, WWE legend The Rock (also the game’s cover star) makes his way to the ring.

The people’s champ then raises the people’s eyebrow at his opposition (John Cena in this instance), before employing his famous finishing move - aptly dubbed the people’s elbow - to devastating effect.

Kiefer Sutherland slithers into the role of Snake

Metal Gear Solid is one of our favourite gaming franchises in the TechSmart office and Konami has moved to fan the flames of this loveaffair with the release of its new trailer for the forthcoming Metal Gear Solid 5: The Phantom Pain.

This nearly 9 and a half minute long trailer not only showcases the impressive lighting tech behind the game’s new Fox engine, but also introduces players to the vocal talents of Kiefer Sutherland (24 and Touch) who assumes the role of series protagonist Snake in the game.

Movies based on popular video games are generally really bad as Mortal Kombat, Street Fighter, Tekken and Silent Hill: Revelation 3D can attest to. The latest in the line of games to make the jump to the silver screen is Need For Speed, which we are actually cautiously optimistic about seeing that it has Breaking Bad star Aaron Paul in the driving seat.

Paul plays Tobey Marshall, a muscle car mechanic and street racer who is framed for a crime he didn’t commit (just like every other criminal in jail). After doing his time, Tobey goes on a gritty cross-country journey fueled by the need to get revenge on those who wronged him.

The movie is scheduled for release in early 2014 and also stars Imogen Poots (28 Weeks Later and V for Vendetta) and former Batman Michael Keaton. Catch a glimpse of the Fast & Furious style racing action in the trailer posted below.