Gaming News Round-up - The Wait is Over Edition

If you have been patiently (or perhaps rather, impatiently) biding your time to pick up a PS4 (review), or perhaps more likely gnashing your teeth in anticipation of getting your hands on a PS4, then there is some good news ahead. Ster Kinekor Entertainment has confirmed that additional stock of the next-gen console will be available in retail stores as of today.

The lauded console (which we both went hands on at its launch and reviewed in greater depth) managed to rack up unprecedented sales since it was launched internationally and locally towards the end of last year.

Furthermore, while it had a decent line up of launch titles, the real heavy hitters are around the corner, with titles like inFamous: Second Son, Thief and Metal Gear Solid V Ground Zeroes just weeks away.

New nemesis and weapon reveal for Castlevania: Lords of Shadow 2

Apparently, Konami is determined to own February, at least until Castlevania: Lords of Shadow 2 arrives at the end of the month. Continuing its trend of releasing new information every week, this week the company upped its game and released not one but two enticing glimpses into the game’s world. The first is a bit more detail about a character we only saw a glimpse of in last week’s developer diary, The Toymaker.

About as deliciously creepy-looking as the clown from Stephen King’s It, The Toymaker is apparently a “mischievous adversary of mysterious origin.” However, rather than being content to churn out Barbies (also creepy in an inhumanly disproportioned kind of way), he instead prefers animating his creations with the spirit of the Daemon Lord – we’re hoping for evil ‘toys’ reminiscent of the very first Chucky movie before that franchise became laughably absurd.

While Dracula will have to confront The Toymaker in his lair at some point in the forthcoming game, this is not the first time players may have encountered this demented being, who debuted in Castlevania: Lords of Shadow – Mirror of Fate. For a more detailed look at exactly what players are in for, hit the video below. Giggling maniacally while doing so is entirely optional.

Also reminding us that the concluding chapter of Castelvania: Lords of Shadow is on the horizon (lest we, or you, somehow pulled an Amanda Clark/Emily Thorn and temporarily managed to forget) is the release of another new video below. This focuses on one of the weapons Dracula will acquire early in the game, the Void Sword, which will enable Dracula to  steal his enemies’ health with every blow. As the trailer below aptly shows, it also looks spectacular in combat.

Although it’s occasionally accused of pumping out cookie-cutter sequels at a machine-gun fire rate, Activision’s latest announcement should dissuade Call of Duty critics from this assertion. This week, the company announced that development on its highly popular franchise will now take three years per title. However, that does not mean that players will have to wait that same amount of time between iterations.

Indeed, new Call of Duty games will still come out annually. This is possible due to the fact that Activision has confirmed that Sledgehammer Games - the studio behind 2011’s Call of Duty: Modern Warfare 3 (review) - will join Infinity Ward and Treyarch as primary developers on Call of Duty entries.

This move is apparently envisioned at fostering greater innovation within the franchise and also making more DLC and micro-DLC a distinct possibility. 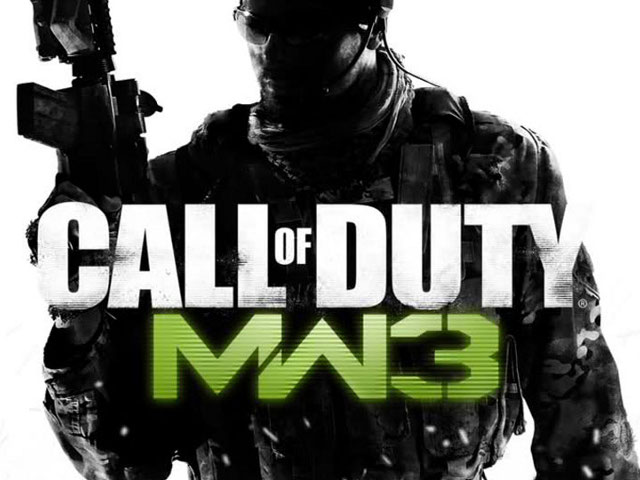 Here’s some good news for players who haven’t picked up Assassin’s Creed 4 but still want to play the forthcoming DLC, Freedom Cry, for the game. According to Ubisoft, the DLC will also be downloadable and playable as a stand alone game in its own right.

This means that players won’t have to own a copy of Assassin’s Creed 4 in order to enjoy Adewale’s chequered story. While players of Assassin’s Creed 4 will know that Adewale served as Edward Kenway’s second in command, he has ghosts of his own to confront. In Freedom Cry, Adewale founds himself stranded, weaponless and  sans a ship, in Haiti and being inexorably drawn into confronting the slave trade and his own past. Hint: considering that players can look forward to wielding some new weapons, including a machete and a blunderbuss, we fully expect that this is not going to end at all well for the slaves' captors.

The DLC will apparently come in at four hours - what could be called bite-sized gameplay - when it arrives on the 18th, and is exclusive to the PlayStation system (PS3 and PS4). It will however, become available on the PC version a week later. Take a look at the video below to see if this um, rocks your boat. Just be warned, it’s NSFW and definitely NAFYO (Not Appropriate for Young One’s).

If games were people, Borderlands 2 would possibly be that colourful and slightly madcap aunt or uncle in the family that the kids love and adults simultaneously disapprove of and envy, if only because he or she has managed to remain exciting for longer than anyone thought that adults ought to.

In a similar vein, almost two years since its release, Borderlands 2 is still pushing out new, appealing content. The latest of these, further extending the game’s playability, is the forthcoming fourth piece of DLC for the game, Mad Moxxi and the Wedding Day Massacre.

This piece of DLC sees the titular Mad Moxxi and her Innuendo Bot 5000 enlist the help of Vault Hunters in an attempt to unite rival clans in peace and presumably with hugs all around. Suffice to say, this is Pandora, where things tend instead to be accompanied with lots of bullets and gunfire.

To see the DLC in greater depth before it releases next week, take a look at Gearbox Software’s Josh Jeffcoat giving IGN the lowdown.

Child of Light dated and illuminated with a new trailer

Not all games worth playing are necessarily Triple-A titles. One case in point is Child of Light, a side scrolling platformer from Ubisoft that looks beautiful and whimsical. The game, which has been dated as coming out on the 30th of April, will also hit a broad range of consoles, including the PS3, PS4, Xbox 360, Xbox One, Wii U and PC. The game is expected to cost about $15 (R165), and considering the stellar job the company did on another side-scrolling platformer that also happens to be one our favourites, Rayman Legends (review), there is a good chance that this too will be a winner.

The premise behind the game is straightforward enough – a  fairy (and presumably the titular child of light) named Aurora is tasked with defeating the Queen of Darkness.  The game, which is based in Lemuria, will apparently boast turn based combat, more than 600 crafting combinations as well as more than 200 skills to unlock. Take a look at the game's beautiful hand drawn aesthetic in the trailer below.