Right up there with Darth Vader and Voldemort, The Dark Lord Sauron has similarly been an infamous  force of darkness in pop culture, as the looming Big Bad of Tolkien’s deftly crafted Middle Earth. The latest news though is that the forthcoming piece of DLC for the outstanding game will finally give players a chance to go toe-to-toe with Middle Earth’s chief evil.

More particularly, The Bright Lord DLC will see players step into Celebrimbror’s shoes, to cultivate his own army of Orc’s and bring a reckoning to Sauron himself. In the DLC, as one would expect from an elf, he is more agile than Talion and his domination ability is more potent, enabling him to remain invisible while exerting his domination power, while his bow will also be upgraded for rapid shot capabilities. The bad news is that the enemies Celebrimbor will face off against will also be more powerful, particularly the Uruks, and Sauron himself will be at the height of his power.

Although exact date of release is still to be confirmed, it is expected to drop soon.

What happens when Dark Souls II (review) jumps forward a few centuries? Well some might say that you get Bloodborne, the 24 March-slated gothic slash and dash title from From Software, who evidently are the same developers behind the Dark Souls franchise. With that release date a few weeks away, From Software a new trailer for Bloodborne, which likes a bad acid trip through the seven rings of hell. 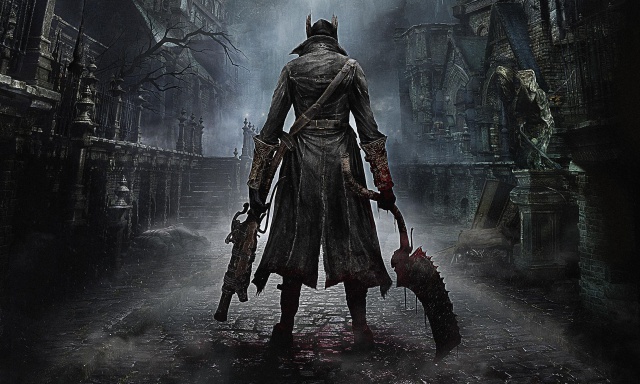 It also provides a few glimpses behind the origins of the mysterious main protagonist, and his journey through the equally nondescript city of Yharnam. From what we can tell, Yharnam is in dire need of some better city planning, as ghouls and monsters seem to crawl up from the ground, which must be a pain for residents to deal with. Luckily though, gamers will be wielding a sizeable axe and impressive shotgun to do a little cleaning up. Click on the trailer after the break to see what Bloodborne will serve up.

In case your wallet and budget are still recovering from January, here is a bit of good news – the latest February discounts on the PlayStation Network are a doozy, meaning you can pick up some older, but still terrific games for your PS3, for a substantial discount. Of course, if you are a Playstation Plus member, select games are reduced even further.

The Middle Earth: Shadow of Mordor Legacy Edition on the PS3, for example, is up for grabs for R386, Arkham Origins’ price has been pummelled down to between R206 and R230 while the outstanding Dishonored Game of the Year edition (review), also on the PS3, is sitting at an honourable R370. Meanwhile Wolfenstein: The New Order is asking R430 to enable you to go kill Nazi’s this weekend. 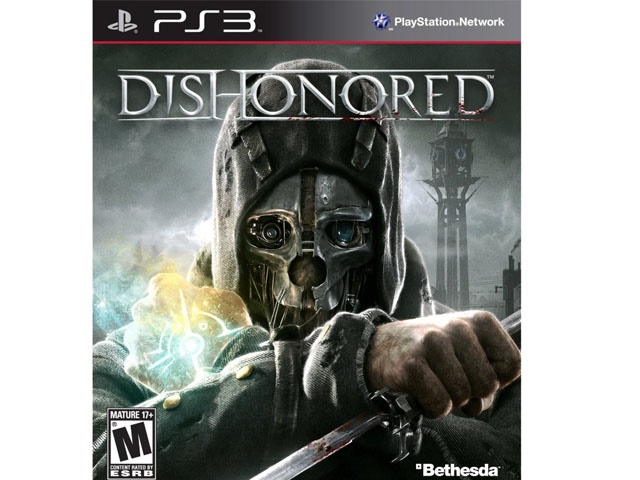 Sony clarifies The Last Guardian is still on the cards

Despite news that The Last Guardian’s trademark has expired in the US, Sony has reassured that the game, last seen in 2010, is still, in fact, in development.

This should be sweet news to the ears of anyone who has played and enjoyed its creator, Fumito Ueda’s previous games, namely Ico and Shadow of the Colossus. Indeed, Sony has apparently refilled for the trademark in the meantime. Granted, you might be wondering what all the fuss is about, considering that the game was announced back in 2009, with scant updates and each E3 passing without a sign of its arrival. However, take a look at the trailer below for a reminder of why the game is still highly hoped for.

Nowadays it's safe to say that video games can be considered to be a legitimate art form, just take a look at these beauties. It therefore makes sense that someone is trying to enshrine the best of them in a place they rightfully deserve. We give you the National Museum of Play, a New York-based institution better known as The Strong. This group has begun the preliminary voting/case-making for the inaugural Video Game Hall of Fame. Those wanting to nominate a game, can head to their website and craft a motivation along with their vote for any game they wish, regardless of genre. We're talking arcade, console, PC, handheld, whatever.

Games will be judged on the following criteria; icon status, influence, geographic reach and longevity. The question now is, which game would get your vote? Once you've made your mind up, head to The Strong's site and make your case.

This is an odd one for us, because it really should have happened a long time ago. Nevertheless, the Xbox One has finally added screenshot functionality, allowing gamers to take snapshots of their gaming victories, and luad them over friends who hang their head in shame. The news was broken as usual by Major Nelson, who claimed that the ability to take screenshots was one of the most requested features from Microsoft's gaming community.

This screenshot feature, along with several others, will be made available to Xbox One preview program users via a March preview update that rolled out on 18 February. Some of the added extras for this update include Suggested Friends, which allows users' current friends to suggest possible ones in the nearby vicinity. Also in the mix is Spam Reporting, which is pretty self explanatory. If reading the full blog post on Major Nelson seems too taxing, check out the video below.

Humble Bundle all about Co-Op

We’re not so sure how your Valentine’s Day went down, but if your significant other is the person sitting next to you when you’re playing games, then you’re in luck. The Humble Bundle for the week is one that is all about co-op play. For a donation you get Shadow Puppeteer, the cool Hero Siege and the strangely titled ibb & obb – Best Friend Forever Double Pack, which also provides online co-op play. You have to pay more than the measly $4.87 average so that you can unlock Hammerwatch and Damned, while $10 scores you Forced and Contagion, both of which can also be co-opted online. 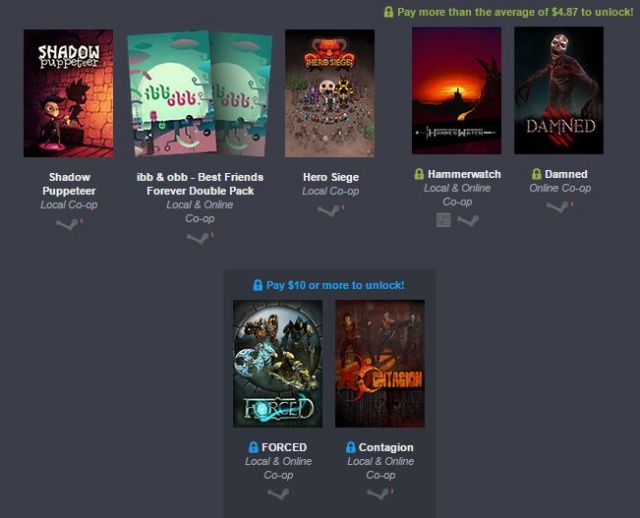 Help yourself to some goodness here, knowing that your money goes for a good cause, namely DirectRelief and the IGDA foundation.