Having been in development for more than seven years, Blizzard has opted to pull the plug on its next-gen MMO title, Titan. The news comes as Blizzard stated that it would be going back to the drawing board on Titan's development late last year, and is estimated to have cost the company close to R500 million in losses.

In playing a bit of PR for Blizzard, CEO Mike Morhaime stated in an interview with Polygon, that the company has never technically announced Titan. He then went on to shift focus, by reiterating that Blizzard is a game developer that targets a particular niché of gaming, more specifically real time strategy titles, like World of Warcraft and Diablo franchises.

Activision is at it again, this time round releasing a new trailer for highly anticipated Call of Duty: Advanced Warfare. As with previous trailers, a CGI Kevin Spacey makes an appearance, but the trailer itself focuses on the futuristic weaponry and multiplayer co-op elements that gamers will get to enjoy come 4 November.

Chief among them, is the Exo Survival Co-Op Mode, allowing up to four players at a time in a free for all melee style arena. Also in the mix are the exoskeletons sported by the new-age soldiers, resulting in some innovative ways to take down enemies.

Set for a cross platform release on the PS4, PS3, Xbox One, Xbox 360 and PC. Check out the trailer below for all the savage, fast-paced multiplayer action.

As the dust settles from last week's Tokyo Game Show, a number of game developers showcased their latest endeavours set to debut in coming months. One such developer is Friend & Foe, who provided gameplay footage for its open-world title, Vane. The game centres around a young boy as he traverses a hostile desert-like world, although the ultimate objective of Vane remains shrouded in mystery.

Friend & Foe is well known for its work on the Killzone franchise, but some readers may remember there ambitious, but ultimately ill fated, The Last Guardian project. Based on initial impressions, Vane seems to draw inspiration from the latter, with Friend & Foe working on a cross platform release, although a definitive release date is yet to be confirmed.

A little bad news for all Guardians aiming to upskill their character as quickly as possible, as Bungie has issued a statement regarding the end of the "Loot Cave" found in Destiny. The “hotfix” as Bungie terms it, means gamers can no longer plunder a carefully hidden cave near the Cosmodrome in Destiny.

The reason for the closure, is that the Loot Cave does not fit in with how Bungie intends gamers to experience Destiny. Essentially, if gamers want to level up and gain access to new weapons and abilities, they've got to do it the old fashioned way, by mashing a lot of buttons and killing the minions of the Darkness. 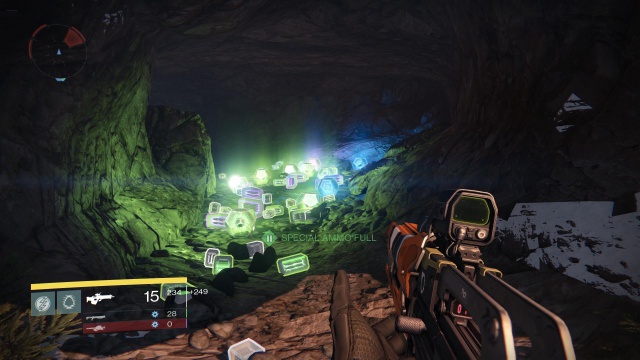 Ubisoft has announced the release date for its third Trials Fusion DLC pack, entitled Welcome to the Abyss. If you plan on picking it up when it drops on the 7th of next month, we suggest bringing along your wetsuit, as it will offer up ten more tracks all set deep in the ocean.

It will also offer 24 extra challenges and it will cost a scant $5 (R55) for the privilege of getting to ride a bike and perform tricks under water – something you definitely only want to try in the virtual world, where you don’t have to worry about minor considerations, like say, breathing. 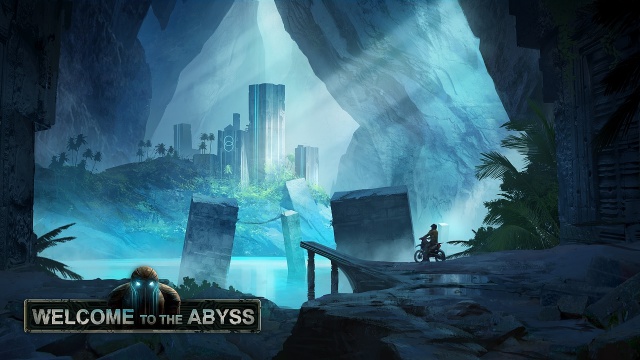 We’ll admit it, we are ridiculously excited for the Witcher 3: Wild Hunt. Based on what CD Project RED has been teasing of the game (which earlier this year was delayed into 2015) it looks like role playing game (RPG) fans will be in for a treat come February.

Now, with the latest developer diary entitled Travelling Monster Hunter being released, that excitement has only increased as the developers expand on Geralt’s travelling lifestyle, as well as the dangers that he will expect to face. Hint: it’s far worse than lost luggage, overzealous border control guards, or fellow passengers with questionable hygiene.

Perhaps most exciting though, as explained by the developers below, is the scope of the world, with the biggest town holding some 2 000 non player characters (NPCs), each with their own stories and agendas, and a very comprehensive weather system which will determine your encounters.

Take a gander to the trailer below (no visa required).

Gat out of Hell trailer is simply insane

Unlike some franchises, the Saints Row series has never been what you would call serious, rational or remotely grounded in reality, preferring over the top antics and sheer outrageousness. Proof of this is the latest trailer for Gat out of Hell and sees the titular Johnny Gat storm into hell to rescue his boss from Lucifer’s clutches.

In keeping with the utter craziness the series is known for are the weapons Johnny brings with him, including a gun that fires swarms of locusts, and an armchair tricked out with missile launchers and machine guns. Because that is what you need when you’re watching TV in your favourite armchair – a cupholder, a place to store the remote control, and a rocket launcher. New though are donnable wings, which which Johnny can fly through hell.

You know you’ve dropped down the rabbit hole when you almost feel sorry for hell’s denizens, and from the trailer below, we suspect Lucifer would’ve rather it had been Sam and Dean Winchester storming his castle. Gat out of Hell is expected to storm consoles in January.