Perhaps one of the most ambitious comic projects we’ve heard of lately is the new multiversity series from DC Comics. The new series’ superhuman or at least Herculean aim? Expand the world of The New 52 by defining all 52 worlds that make up the DC Comics Multiverse. Yes, really.

The series launched this week with the 48 page The Multiversity 1, and will continue next month with The Multiversity: The Society of Super-Heroes: Conquerors of The Counter-World #1 (try say that ten times fast in one sitting, we dare you).

According to DC Comics, there will be six single issue stories in total before the series concludes with the second bookending comic next year. If you are keen to know more, then take a look at the video below, in which series writer, Grant Morrison, explains the innovative twist in the comic book narrative.

Just in case you needed a little boost to get you through the week, then how about this – a new Sin City: A Dame to Kill For trailer has surfaced, with one of our favourite former Bond girls, Eva Green, giving the vamps in True Blood a run for their money.

Green’s seductive, deadly, allure in her portrayal as a femme fatale though is not the only highlight of the trailer – it is exceptionally stylized, and looked fantastic in its own right. Here’s the even better news – the wait for the full movie is not very long now at all, that is if you can contain your excitement till this weekend.

While some things are excusable when it comes to the world of Westeros, like masterfully orchestrating a certain brat-king’s demise, or interrupting your domineering father’s ‘me-time’ on the loo,  not being up to speed about the lore is hardly one of them. Nonetheless, if you managed to lose some of the nuances in the array of characters between a certain Stark being beheaded, and the close of the latest season, you’re in luck.

Chronicle Books has announced that it will be releasing the second Inside HBO’s Game of Thrones book come this November. This one though, is the companion to season 3 and season 4, in which (no spoilers ahead) lots and lots of people died unexpectedly and very gruesomely.

The publishers have promised that fans picking up the $30 tome will be treated to  production and costume designs, previously unpublished set photos, art, and as well as insight from key actors and crew members. Included in the finer details will be Oberon Martel, or, as we call him around the office, the best reason ever to put on your bloody helmet. 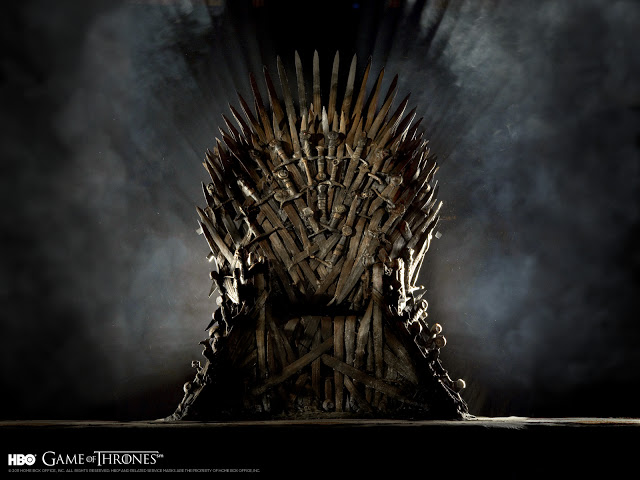 Halloween back from the dead, again

Apparently, like looping reruns of a really bad reality TV series, you cannot keep Michael Myers down. It was confirmed this week, that the world will indeed get what it really needs. No, not lasting peace, compassion for animals  or an end to world hunger, but rather another Halloween movie.

The movie – which would, incidentally be the eleventh in the franchise - has been retitled Halloween: The Next Chapter (give yourself a Bells if you can remember all the previous chapters). The good news is that apparently, we are still safe from its appearance on the big screen till at least 2016. This will probably coincide with the year in which you decide it is finally safe to go back to the movies, since (fingers crossed) the chances of a Twilight reboot will have been muted. 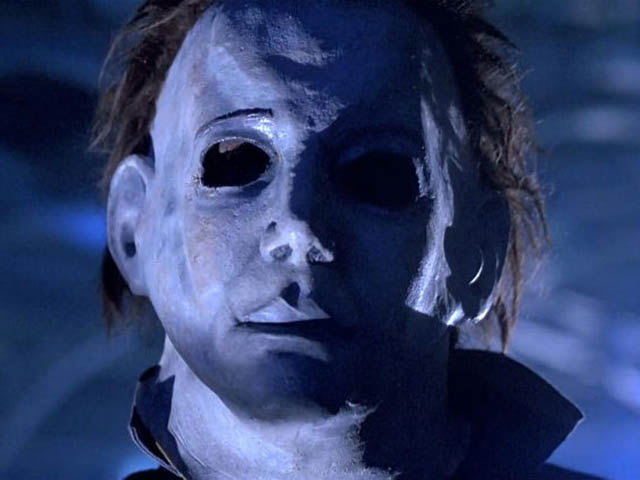 Production begins on Ant-Man as new image gets released

Following the success of Guardians of the Galaxy (review), Marvel is hard at work to build its silver screen roster, with filming on the Paul Rudd (Anchorman, This is 40) led Ant-Man movie beginning this week. To coincide with the production announcement, Marvel has released a photo of its protagonist, Scott Lang, as he stares broodingly into the distance, with San-Francisco's Golden Gate bridge in the background.

Other news also sees John Slattery (Mad Men) and Judy Greer (Arrested Development, Archer) joining the cast, although their roles have not been disclosed. Given the fact that Slattery played an older Howard Stark in Iron-Man 2, we suspect that he'll be reprising the same role.

Set for release after Avengers: Age of Ultron during mid-July 2015, it should prove interesting to see how the loss of director Edgar Wright (Scott Pilgrim vs. The World) in favour of Peyton Reed (Yes Man, The Break-Up) makes a difference. 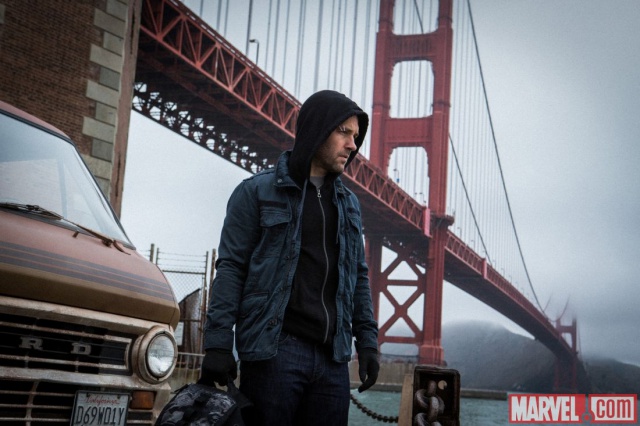 Marvel rumoured to be working on Inhumans film

Sticking with Marvel, there are rumours churning around the internet that say Marvel is planning to develop an Inhumans film, given how well audiences have responded to the rag tag team featured in Guardians of the Galaxy. It was in fact Vin Diesel, who voices fan favourite Groot in the Guardians film who initially sparked rumours with a posting on Facebook.

Whether or not the rumour proves to be true is still up in the air, but the Inhumans offer Marvel a chance to extend its universe of characters beyond the realm of The Avengers, and give audiences an entire new storyline to get sucked into.

Without giving too much away, the Inhumans series chronicles the creation of mutant-esque humanoids during the early part of mankind's existence. These Inhumans were originally designed by the Skrull, who spliced human DNA to create superior beings that had an array of superpowers. They create their own society and live among humans while masking their own abilities.

The potential for a Inhumans movie would offer Marvel another franchise akin to X-Men and provide tie-ins with other franchises like the Fantastic Four and Silver Surfer. 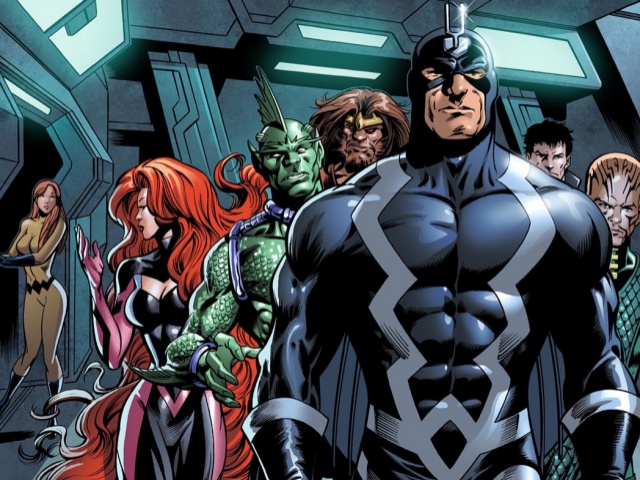