Google has officially unveiled its first unique design for a self-driving car. The tech company, which also recently overtook Apple as the most world's most valuable brand, has now added another aspect to its ever-growing range of services and products.

Google has been working on self-driving car technology since October 2010, and little over three years down the line has yielded its first fully functional self-driving vehicle. In the past we've been accustomed to seeing Google's self-driving technology fitted onto Toyota Prius' and other eco-friendly hybrids. Now Google has tried its hand at designing a vehicle, which can best be described as unique. 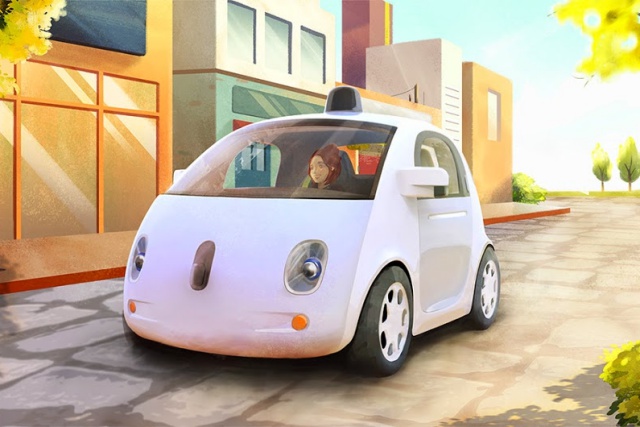 The inspiration behind this project, is to offer drivers and commuters a vehicle that can "shoulder the entire burden of driving", according to Google's blog posting. The blog went on to say that self-driving cars can be applied to a variety of scenarios, such as helping elderly drivers and assisting those who've had a little too much to drink from getting behind the wheel.

The vehicle itself, which comes courtesy of Google's Project X team, does not have a steering wheel, accelerator or brake pedals, with all controls aided by a series of sensors and innovative software. The sensors located on the vehicle can essentially remove any and all blind spots, as well as detect objects more than 180 metres away in either direction. As an added safety measure, the prototype self-driving cars have been restricted to a maximum speed of 40 km/h.

Along with real-life images and concept designs of the vehicle, Google has also released a short video demonstrating the self-driving cars functionality, along with some very brave volunteers who rode inside of it, in an abandoned parking lot.

Google is planning to build roughly 100 prototype versions of the self-driving car later this year. These prototypes will, however, sport conventional driving controls and be tested out by safety drivers. Furthermore, Google has outlined an objective to begin a small pilot program for these vehicles in California, USA in the next few years.

For more updates on this ambitious project, check out the dedicated Google+ page.