Acer had a bevy of new notebooks on hand at Computex, ranging from stylishly attractive Chromebooks to its new 13” and 14” Aspire V notebooks.

The first catching our eye though was Acer’s new Chromebook, the C720P. The notebook, which sports a white chassis and black keys, certainly looks attractive, stylish and inviting. We also found that it sported quite a nice chiclet keyboard. 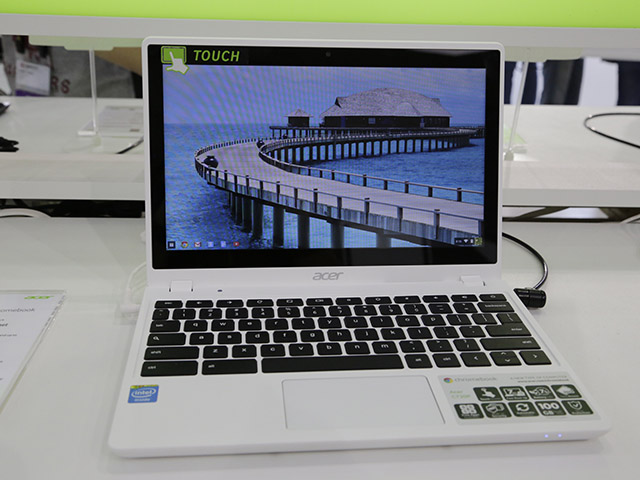 Furthermore, its touchscreen was very responsive; instead of calling up a familiar (pre Windows 8) Start menu, Google’s own treatment of a control centre on the bottom left of the task bar summoned the Chromebook’s main menu. This was accessed via the touchscreen, and showed a neatly ordered plethora of Google apps (Gmail, Drive, Calendar and the like). 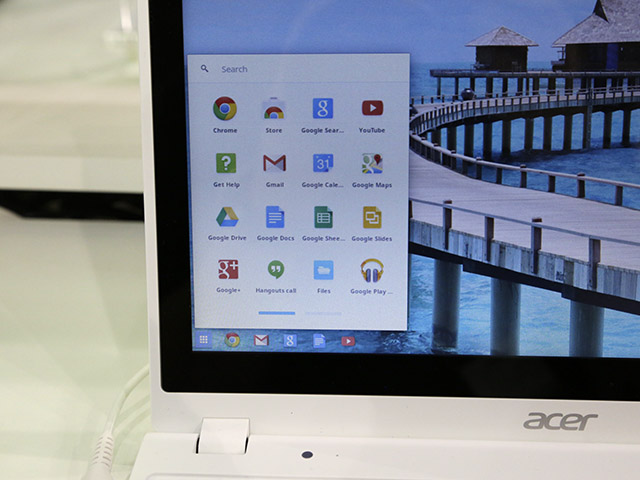 All your Google apps easily accesible from one place.

At this point though, tech specs is sparse, although we can note that it sports a not-bad-at-all 11” screen and 16 GB SSD harddrive (apparently an 32 GB version will also be available), since it is expected users will work off the cloud. Furthermore, for those who cringe at white notebooks – perhaps due to a poor experience with Fisher Price toys when they were growing up – Acer’s newest Chromebook is also available in black. This, the C720, ditches the touchscreen but boasts an Intel Core i3 rather than the former’s Intel Celeron. Both notebooks though will apparently grant users seven hours worth of battery life.

Although prices are yet to be confirmed, we heard in the region of $300 Stateside (R3 000) was likely. No local release date has yet been confirmed.