Last night at an event held at Sally Mustang Tattoos in Johannesburg, Hisense launched its latest smartphone for the South African market - the C30 Rock. It's a mid-range device designed to be good value for money, while also being capable of taking a few knocks. The latter is delivered via IK04 shock resistance, along with an IP68 rated water and dust proofness, with the phone retailing for a recommended R4 499.

If the C30 Rock looks familiar, it's because it derives its design from the Infinity KO. As such, the metal frame with screws either side, as well as the tough rubber portions for the top and bottom of the device remain. One of the key style changes though is seen in the back cover, which was created to take on an a carbon fibre-esque look. 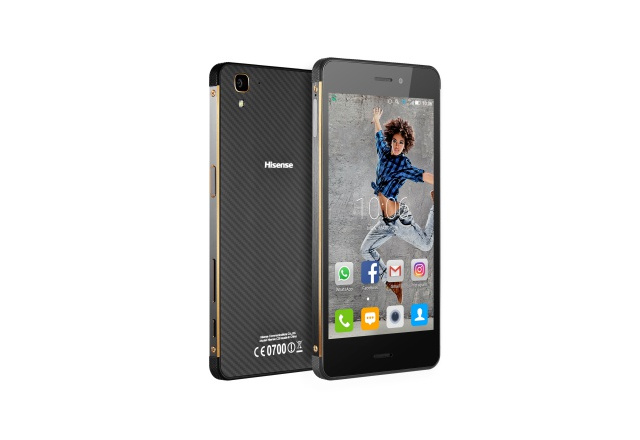 Looks aside, Hisense has made a number of improvements to the C30 Rock's dimensions and specifications compared to the Infinity KO. The display is now a larger 5.2" Full HD (424 ppi pixel density), with a 16 MP camera on the rear and 5 MP wide-angle lens up front.

Internally Hisense has also integrated some enhancements, with a Qualcomm Snapdragon 430 (8947) octa-core processor doing the heavy lifting, and clocked at a respectable 1.4 GHz. Users will find 3 GB of RAM and 32 GB of onboard storage, which is supported by a microSD slot good for an additional 128 GB.

Other notable specs include a dual SIM setup, 4G/LTE connectivity and Bluetooth 4.2 functionality. Furthermore, a 3000 mAh battery powers the device, and it runs Android 7.0 (Nougat). The C30 Rock is currently available at local retailers nationwide.