Huawei P smart: What you need to know

With Mobile World Congress happening later this month, all eyes are on any upcoming flagship phones from Android manufacturer, including Chinese company Huawei. While we're still to see P11 or P20 (name unknown) in any official capacity just yet, they did bring a new device to South African shores yesterday in the form of the Huawei P smart.

It's the Chinese phonemaker's first mid-range offering for 2018, and has an intriguing set of features for the recommended price of R3 999. On hand at the Johannesburg launch event last night, we took a closer look at the P smart to see exactly what it is sporting. 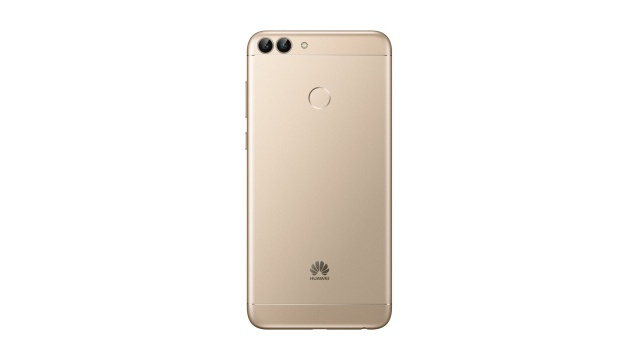 When it comes to design, the P smart seems to draw inspiration from a number of devices. The aluminium unibody for example, is reminiscent of the one that the Huawei P10 debuted with. It's a truly clean and sleek finish in hand, and without checking the spec sheet, the P smart looks far more premium that its price tag may suggest.

Up front things have more of a Mate 10 Pro air to it, with a FullView display on offer to create a 'bezel-less' experience while watching videos or playing games. Switching to the rear, fingerprint sensor is present, which too is a play out the Mate series book. Priced on the slightly lower end of the mid-range tier, the P smart appears to offer quite a bit as far as design goes.

Delving a bit deeper, the P smart has a 5.65" Full HD (2160x1080) screen, but given its width at 72.05 mm, the phone sits very well in hand and is quite comfortable to use. Internally the P smart features slightly more modest specifications, with a Kirin 659 octa-core (quad-core 2.3 GHz and quad-core 1.4 GHz). Added to this is 3 GB of RAM and 32 GB of onboard storage, with Android Oreo and Huawei's own EMUI 8.0 the chosen mix for the operating system and interface.

One of the other key aspects that the Chinese phonemaker has been talking up about the P smart is the camera setup. To that end the device sports a dual cameras on the rear, with a 13 MP sensor taking care of the all-round shots and a 2 MP variant used to create bokeh effects. It's something that Huawei has used in some of its flagship devices from last year, with the P10 in particular boasting an impressive version of the effect.

When it comes to the local mid-range phone market, the P smart enters some saturated territory. Huawei has shied away from these kinds of devices in recent years, with the Lite version of its flagship being the only real offering. At R3 999, the P smart does offer quite a bit in terms of specifications.

In our brief time with the device, the camera proved solid, the display was bright and crisp, and the design was pleasing to the touch. If you're going to spend R4k on a phone, you can do a lot worse than the P smart at the moment.