File this under ‘Need to buy now’: the HAL 9000 Bluetooth Speaker Edition from Master Replicas. It’s 50 years since Stanley Kubrick’s mind-expanding 2001: A Space Odyssey debuted, introducing the ever-vigilant and less than cooperative HAL 9000. HAL, complete with its unnerving red eye, has been reproduced as a speaker system, under license from Warner Bros. 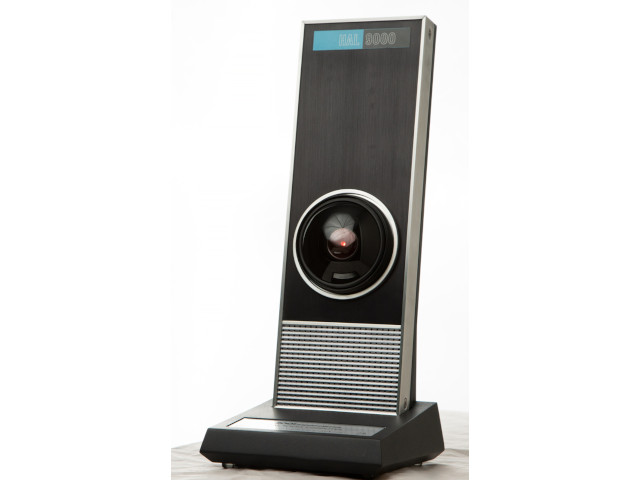 The speaker’s dimensions are taken from the original studio blueprints, coming with a glass primary lens and LED ‘eye’, a brushed aluminum faceplate and built-in magnets for mounting on a desk or a wall. If that won’t do, then there’s also a desk stand available to prop HAL up.

It will, however, not say, “I'm sorry, Dave. I'm afraid I can't do that” to you. For that you need the HAL 9000 with Command Console. A limited number of these are available, standing at, you guessed it, 2001 units. 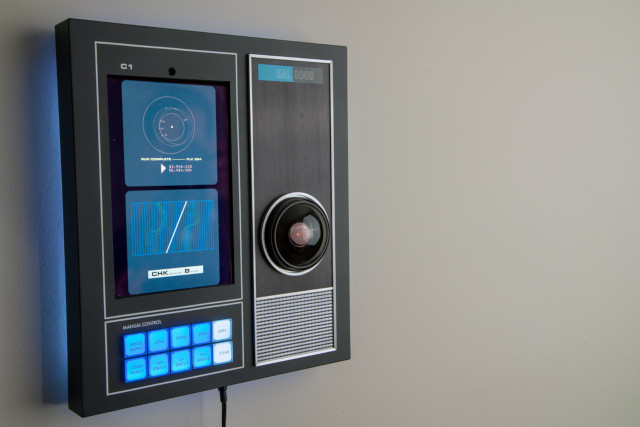 How much you ask? There’s still Early Bird specials available, which includes the HAL 9000 Bluetooth Speaker Edition and stand for $419, or the Command Console for $889. After these are gone, they will retail for $499 and $999 respectively. Head over to Indiegogo to order.