This week, Intel took part in the annual LA Auto Show, with the company's CEO Brian Krzanich speaking at the Auto Mobility conference. While a couple years ago, seeing a tech manufacturer at an Auto Show may have raised a few eyebrows, these days the automotive industry is one of the most exciting sectors in technology. To that end, Intel announced that it would be investing an estimated $250 million with the goal of developing autonomous vehicles. 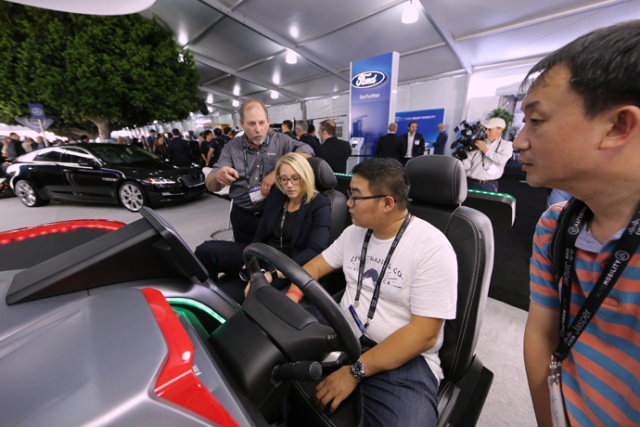 While we likely won't see a self-driving car bearing the Intel logo on the road within the next 48 months, the company will be pushing the rollout of next-gen technologies within autonomous vehicles such as, "connectivity, context awareness, deep learning, security, safety and more," notes Krzanich.

As such, Intel aims to develop the technology behind autonomous vehicles, and specifically, be responsible for making them smarter. With the Internet of Things (IoT) a key driver cited by Krzanich, he believes an array of sensors embedded into self-driving cars, along with intelligent computing, will have a dramatic effect of mitigating risk and increasing safety on the roads.

Another aspect highlighted by Krzanich is the vast swathes of data these connected self-driving cars will produce, which Intel estimates in excess of 4000 GB per vehicle each day. To that end, the Intel CEO concluded that, "Data is the new oil." 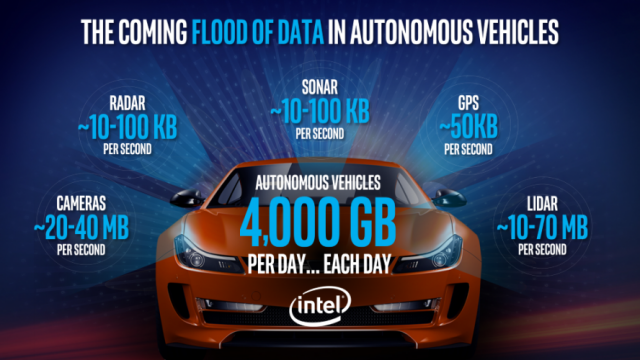