Interview – TheTreeApp: Trees, in the palm of your hand

It is telling of our times that trees, the towering, ancient giants of the world, responsible for so much of our ability to live on this planet, often go unnoticed, with people’s attention more readily captured by a 5” screen. But what if the appreciation for nature’s astonishing diversity could be fostered by technology, and most particularly, smartphones and tablet’s dominance in our lives?

This is exactly what the South African born TheTreeApp accomplishes, bringing more than 1 100 trees into the palm of one’s hand. In a lively interview, TheTreeApp’s creators, Val Thomas and Herman Van Den Berg, explained why their comprehensive guide to South African trees was developed, and what its founders hope to accomplish.

Thomas, who has a 30 year involvement with conservation publishing, explained that TheTreeApp was a dream that was conceived 12 years ago, when the app’s production was not possible from a technological point of view. 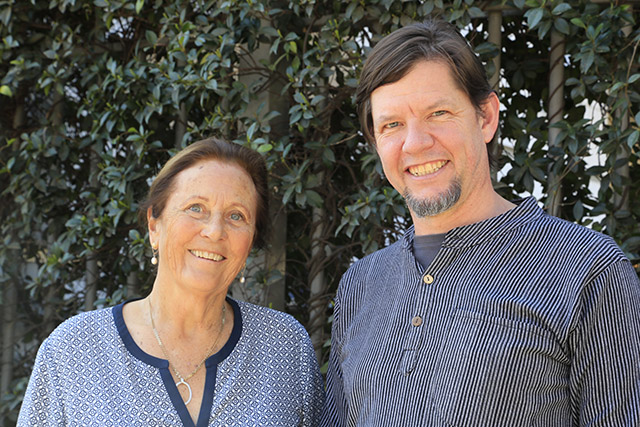 She pointed out that trees are complex and constantly changing, which meant that putting all the relevant information for more than 1 100 trees in a single book would be unworkable, at least 50 cm high, not to mention unspeakably heavy. And, for outdoor enthusiasts, hikers, botanists and conservationists who most logically would want to have the information available to them when they are out in the field, carting a massive book with them is not ideal.

Clearly there had to be a better way, and compiling massive amounts of information into an interactive app, posed a viable answer. As testament to how much information the app holds, it weighs in at 350 MB, mostly due to the images, with each tree, its leaves and plants being illustrated. Additionally, the app is available on both iOS and Android platforms – a decision that Van Den Berg explained was purposefully made. Better yet, the app is not marred by ads – it’s a once-off purchase of R500, nor is it dependent on being connected in order to be fully functional, with all its information being available offline.

Interestingly, what Thomas and Van Den Berg have accomplished echoes that of the ancient, nomadic Celts, who created a tree based numerical system called Ogham, and essentially carried their connection to their revered trees with them on their travels using portable wooden carvings. 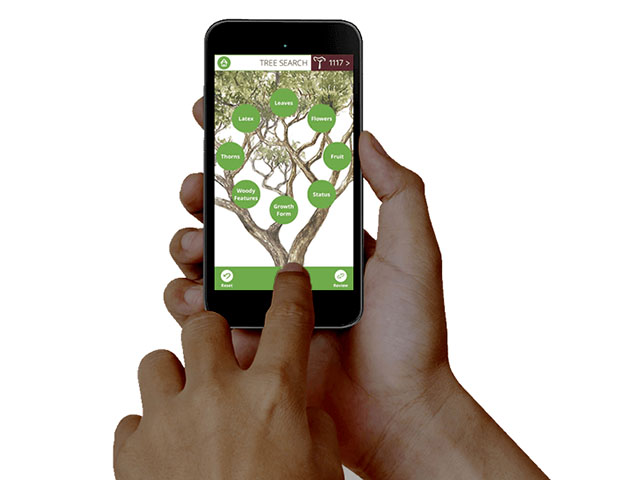 Back to the modern world

Van Den Berg also addressed a current concern about the iOS version, reassuring that as it was written in its native language, it would be compatible with iOS 11 and further OS upgrades. This, at a time when users of numerous apps that weren’t developed in Apple’s native language are being warned that the app either has to be updated or will not work with the forthcoming iOS 11.

The app enables its users to whittle down the number of trees that they view at any one time by entering their location, and then filter species by whether they are indigenous to South Africa or invasive. Each tree then has its own map, allowing nature lovers to see where a particular type of tree is well populated and where more of its type needs to be planted.

Beyond that, Thomas enthused, TheTreeApp can also be used as a gardening guide. Firstly, users can drill down into the kind of tree they would like to plant, specifying how high it should reach, whether or not it has flowers, how large and what colour those flowers should be and of course whether it is suitable for their climate, and the app will suggest a selection of trees to consider.

“For you to find out what trees grow in Joburg that are as tall as an oak, have white flowers and can survive, will probably take a couple of hours worth of research. With the app we were able to accomplish it in seconds,” she enthused. 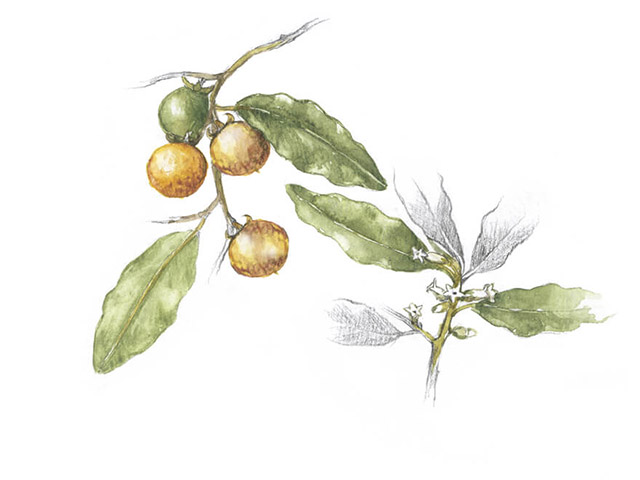 The secret lives of trees

What quickly became clear is there is so much more to trees than many realise. Thomas pointed out that trees are in fact always changing, both with the shift of the seasons, and in the course of their very long lifetimes.

“For example, as they reach a certain height they may be narrow up until they are 50 years old, and then suddenly their branches open up and grow in a completely different direction,” she noted. Additionally, trees’ value is not only in the fact that they provide life-giving oxygen and thus enhance well being, but they also promote serenity in the areas where they are allowed to thrive.

To my mind, an argument can be made that fostering a more active relationship with trees, both via an app and by observing and appreciating them in their environment, can be a source of permanence and reassurance in a world that has become more chaotic and turbulent.

“I believe inside each of us there is an affinity for trees that we just deny because we are so preoccupied by our technology. We may not always make time time for trees, but inside our deep souls every one of us knows that trees are valuable,” she commented. TheTreeApp, no doubt, is intended to help us remember.