Interview: John Samuel of Sabre - The worth of wearables

When it comes to the viability of wearables, there are those who scoff at them as being another gimmick, others in the ‘wait and see’ camp, and then those who are enthusiastic about what the devices can bring. John Samuel, the senior vice president of Traveler Solutions at travel technology provider Sabre, explains why he believes the likes of the Apple Watch are the perfect travel companion.

Earlier this year, the popular travel advisory app Tripcase, was made available for Apple Watch, and like many mobile apps destined for wearables, it raised the question – do you need an app on your watch if you already have it on your smartphone? In this instance though, the answer is actually yes, according to Samuel. 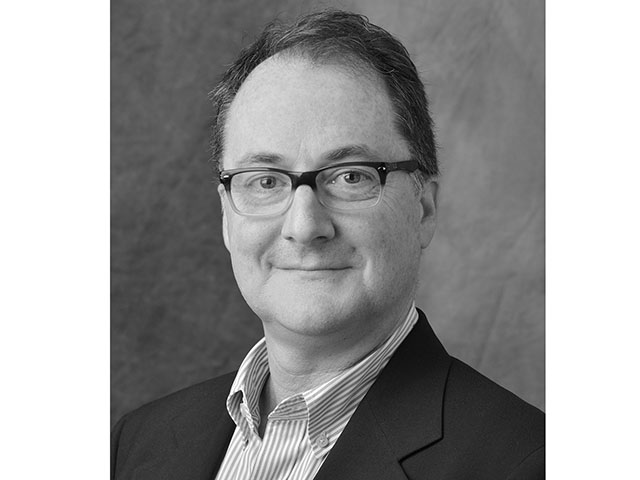 He explained that travel is well suited for wearable technology, particularly since travellers benefit from quick, important information they can access at a glance while they are busy getting to, walking through or checking in at the airport. Indeed, changes to their impending flights, such as gate changes and delays are particularly relevant to frequent travelers.

However, no less important is information on as how to reach their hotel when they arrive at their destination. Samuel pointed out that wearables are natural accessories to one’s smartphone, extending its capabilities, rather than replacements for their smart device. “I think that the power centre (of one’s digital life) will remain the smartphone for quite a while still,” he asserted.

That being said, he pointed out that the “time is ripe” to ease the travel process, which seems to have become more stressful over the years as security concerns made traversing the globe more of a mission.

Exacerbating matters is that passengers tend to use different sources of information to book their flights, hotel accommodation and the sundry activities that go along with a trip. “Thus, there is a lot of appeal in having all one’s important information, such as flight and hotel confirmation numbers, in one place, and for a lot of travelers, this eases their stress,” he continued. 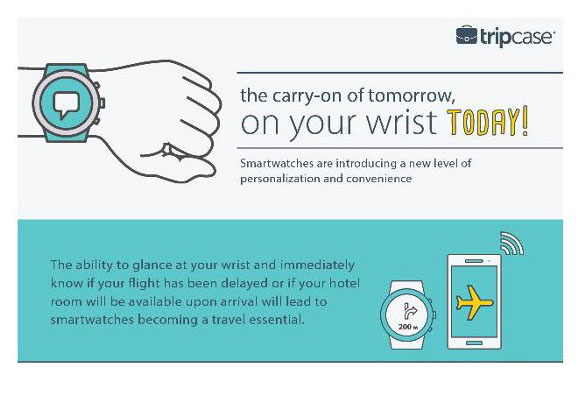 Let me know, will you?

Samuel noted that one arena where wearable devices excel in is notifications. When using TripCase on the watch, if there are any changes to one’s flight information, the watch will vibrate, immediately alerting users.

He explained that while Sabre believes strongly in the viability of wearables in general, it opted to develop the app for the Apple Watch in particular as the company already had a good relationship with Apple thanks to its app on the iPhone. Additionally, he noted that Apple is an important and credible voice in the wearables space, with its popularity giving credibility to the need for a travel assistance app on a wearable device.

As far as technology and travel becoming well matched partners, what begins with a watch may well not end there. He pointed out that receiving more attention of late is smart clothing. In the future, we may well see shoes with sensors built in to them that use vibration to guide users which way to turn. For now though, Samuel believes the watch is the most consumer friendly of the new wearables, since wearing devices on one’s wrist has been common practice.

“At Sabre, we are excited about wearable technology, we believe they will have a big impact on travelers and want to be ahead of it,” Samuel concluded.