Jawbone introduces new UP2 and UP4 wearables

Jawbone started out life designing and building headphones, and while they still make stylish and powerful bluetooth speakers like the Mini Jambox (review), they quickly pivoted and got ahead of the wearable trend that's gripped the tech industry for the past few years. Designing what we think are great looking and highly accurate fitness trackers, they are one of the bigger names in the wearable game. Now the American company is adding two new devices to its wearable arsenal - the UP2 and UP4 fitness trackers.

Both devices are slated to go up for sale online via Jawbone's store later this month, with the UP2 and UP4 going for an estimated $100 and $200 respectively. The UP2 is the manufacturer's successor to the UP24 (review), and just like its predecessor, provides the same accuracy level in a relatively small form factor. As far as wearer interface goes, all tracked information is viewed via the UP app (Android and iOS), capturing both movement and sleep. Added to the UP app is Smart Coach, a new feature designed to give wearers better information on how to reach their daily goals. 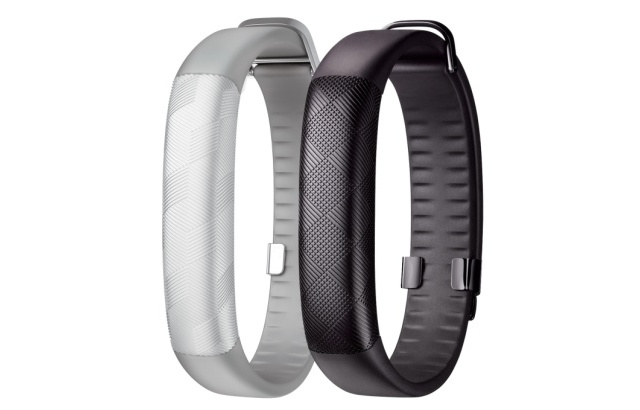 Joining the UP2 for a late April release is the UP4, with Jawbone utilising the device's built-in NFC chip for a few added features. One of them is NFC-enabled payment, as American Express has partnered with Jawbone to allow its cardholders to use the UP4 as a recognised payment method. This feature will be available with the latest update to the UP app, and accessed by both iOS and Android users. Just like the rest of Jawbone's wearable products, the UP4 will track movement and sleep.