If you're an avid RPG gamer, or have been playing since PS One days, then Konami's upcoming Metal Gear Solid V: The Phantom Pain has no doubt stolen much of your attention. With the exception of some footage from last year's Tokyo Games Show, the gameplay elements of the Phantom Pain have been relatively hard to come by. Thankfully though, Konami has debuted a 30 minute-long gameplay trailer, showcasing not only of the skills of the franchise's protagonist, Snake, but also the different ways that missions can be completed.

Titled the Freedom of Infiltration, this trailer showcases the different methods gamers can use in order to take on specific objectives in a mission, and as such, show that there is more than one way to skin a cat. 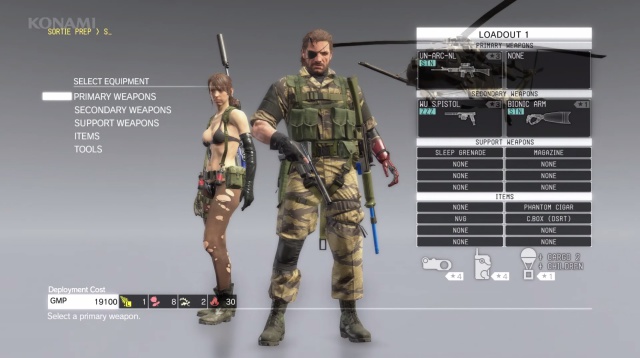 There are four main takeaways from the below trailer:

MGS V: The Phantom Pain introduces a new ‘Buddy’ system, wherein the player can select a recruited ally for use in missions. Quiet is a selectable ‘Buddy’ in the game, who possesses incredible sniping abilities.

Missions can also be tackled in a more overt manner, and the second part of the video shows The Phantom Pain’s more action-orientated elements. Equipping Snake with heavy riot gear, the player uses the artillery on their helicopter to take out key installations within a night mission. Using automatic weapons, Snake then storms the outpost in a huge firefight, before locating and retrieving his target. 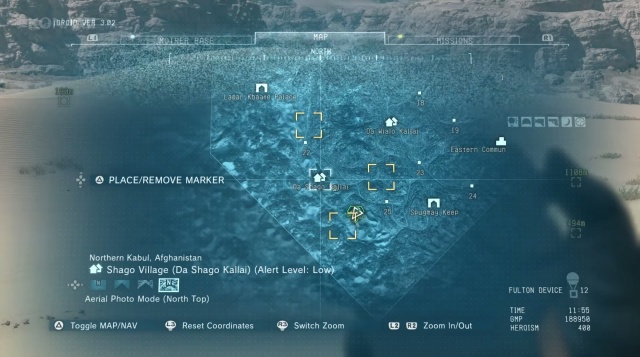 3. Thinking "Outside the Box”:

The MGS series is well known for its stealth gameplay, and the third part of the video is used to demonstrate how old favourites and new skills combine to create even more sneaking options for the player.

Patience is a virtue in Metal Gear Solid V, and the final part of the video is used to show how missions can be completed from afar and also shows Snake’s Blast Arm in use for the first time. The arm’s projectile weapon capabilities are then shown as the player uses ‘Missile Cam’ to take out a central target.

Check the gameplay trailer below to satisfy your MGS appetite.