Kratos is good at a lot of things, with most of them revolving around the inflicting of pain upon his enemies. But how does the ghost of Sparta fair as a dad? This will be one of the questions that will need answering when God of War makes its PS4 exclusive debut next year.

While it only lasts about one minute and twenty seconds, a new trailer for the game has been released, which allows us to see some of the gameplay mechanics for God of War. Evidenced by the trailer below, action will be viewed from a third-person angle, but switch between wider and closer shots depending on the enemy you're taking on. 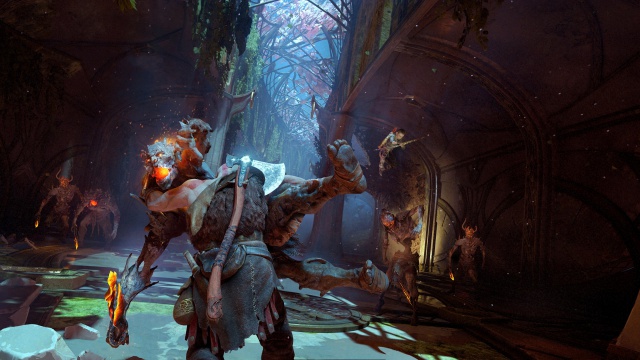 It also looks like Kratos' kid will play an important part of the gameplay, giving gamers suggestions on how to approach different foes, as well as pointing out items of interest. Whether or not he has the same appetite for destruction as his father, remains to be seen.

Click play on the trailer below and see the father of the year in action.