LaCie doubles the capacity of its Rugged Thunderbolt SSD

For anyone looking for a premium memory accessory, LaCie (a brand of Seagate Technology) always been a go to. The Asian manufacturer has recently announced the availability of its iconic Rugged Thunderbolt hard drive in a 1 TB solid state drive (SSD) capacity. Now with double the storage, the new LaCie Rugged is said to be just as portable, lightning fast and tough in the field with shock, dust and water resistance, according to LaCie, thanks to no size or weight increase compared to the 500 GB offering. 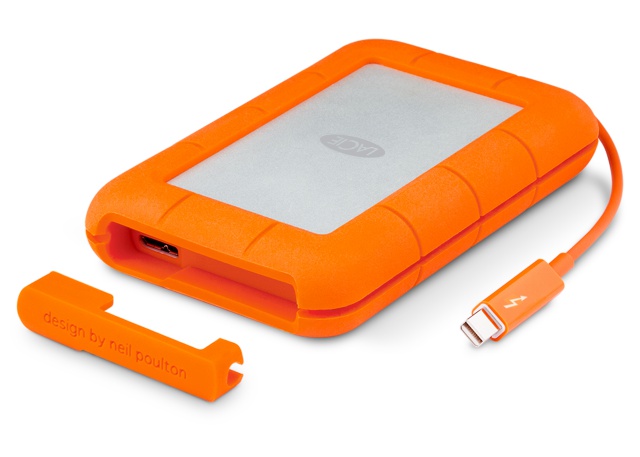 The LaCie Rugged delivers speeds of up to 387 MB/s, three times faster than a standard mobile hard drive, according to the Asian manufacturer. At those speeds, LaCie says users can transfer up to 100 GB in less than five minutes, providing enough bandwidth to review and edit photos or video in the field. Erwan Girard, Business Unit Manager for LaCie adds, “with fast Thunderbolt speeds that save hours in the field and now a 1 TB SSD capacity, our customers can focus on the creative process instead of worrying about transfer times or storage limits.”

With both Thunderbolt and USB 3.0 interfaces, the LaCie Rugged can be paired with both Mac and PC users. Furthermore, the LaCie Rugged includes a backup software suite and compatibility with Time Machine and Windows Backup. It also includes LaCie Private-Public software, which lets users password-protect the entire drive or only certain volumes with AES 256-bit encryption.

For now, local pricing and availability is still unknown, but check out the video below to the Rugged Thunderbolt at work in the field.