The Land Rover Discovery Sport is one of the five cars we can't wait to hit South African roads. With its local debut only a few weeks away, Land Rover has detailed some of its more refined elements, with a focus on ride comfort and an ingenious suspension system should you be tackling more than just curbs.

As such, people misconstruing the Discovery Sport as simply being a lesser specced Evoque will be in for a surprise, as it features a number of Land Rover firsts designed to offer optimal comfort both on and off-road. First up is an electronically-aided power steering system, which is designed to give drivers a better feel from the steering itself and thus a greater degree of control. This system is also paired with a multi-link rear suspension, aimed at making the ride for drivers and passengers alike far more comfortable. 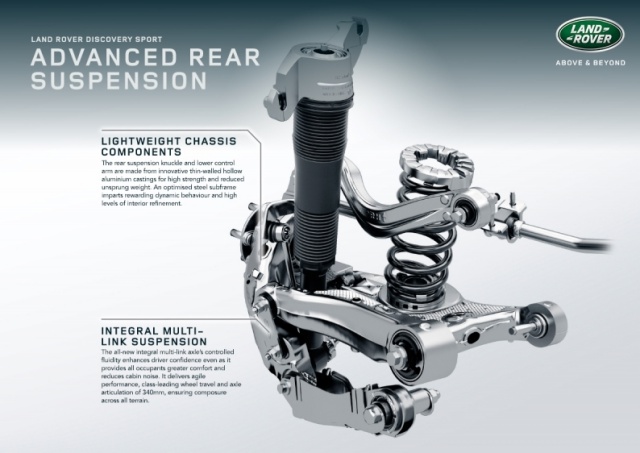 Not just intended for cruising city streets, Land Rover has been talking up the Discovery Sport's off-road capabilities, as it touts class leading ascent and descent technologies. The result is the ability to take on up to 45-degree steep gradients, as well as the boasting the British manufacturer's latest terrain response technology to aid drivers.

As the Discovery Sport's local debut draws ever closer, check out the video below and see this new SUV in action.