Mobile World Congress served up a number of notable devices in Barcelona last week. As tough as it is to pick out the most impressive, we've selected five products that generated plenty of buzz and which we cannot wait to see make an appearance locally. 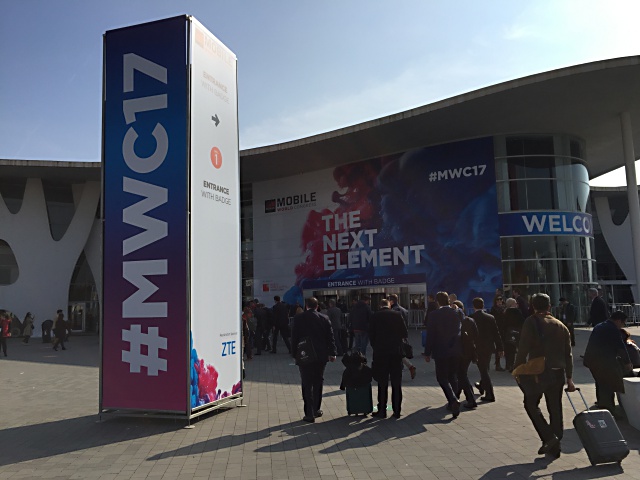 Arguably the most talked about device at MWC 17, pre, during and post, the new Nokia 3310 seems to have done the job for the former Finnish tech giant. At the very least, the new Nokia 3310 will help 'relaunch' the brand for many. It also has the added objective of being the potential go-to feature phone for those finding that smartphones are taking up too much time, or a relatively cheap feature phone at €49.

We got the chance to get hands-on with the new Nokia 3310, and while it did not immediately invoke the spirit of the original, its form factor makes for an intriguing feature-focused device.

Perhaps the most impressive unveiling at Mobile World Congress, as far as specifications go, was the Sony Xperia XZ Premium. When it comes to the components that Sony has integrated into this new phablet, now half measures have been made. These include a 4K HDR screen, 19 MP camera with 960 fps slo-mo video and Snapdragon 835 chipset.

The only thing counting against the XZ Premium is design, with it looking a lot like the Z5 Premium. Also of concern is when it will arrive in South Africa, with it possibly arriving locally mid-year.

Huawei had a pair of new flagship devices at MWC 17, and it's the larger P10 Plus that grabbed our attention on Barcelona. While both devices look very similar, the specifications of the 5.5" P10 Plus are slightly better than its smaller brethren. For example, it features a 2K resolution display and a better Leica dual camera setup.

With the Huawei Mate 9 currently available, and P10 Plus on the horizon, the Chinese company have a two phablets worthy of taking on other competitors in 2017.

The Motorola brand made its return in an official capacity last year, which means more devices from the now Lenovo-owned company will hit local shores. One of these should be the Moto G5 Plus, which headlined Motorola's press conference at MWC 17.

The fifth generation of Moto G device to be released, the new 5.2" Plus continues the line-up's tradition of well-specced value for money offerings. Featuring a solid unibody design, octa-core Snapdragon 625 chipset and 12 MP camera on the rear, this should be one device for smartphone fiends to keep on their radar.

This isn't the first time that we saw the Xperia Touch. At last year's MWC, it took the guise of a prototype called the Projector. Now it's in its fully fledged form, with the ability to turn any solid surface into an interactive screen. As such, the potential for the Xperia Touch is plentiful. At Sony's MWC 17 for example, we saw the Xperia Touch be used for navigation on maps, digital presentations and as an interface for the PS4.

Right now, registration is open for the Xperia Touch, but a local release is harder to pin down. That said, Sony Xperia South Africa has told us that it will arrive in SA “soon”.