Marshall kicks off smartphone range with the London

If you know your rock ‘n roll, you know that Marshall amps have a special place in many a muso’s heart. What the company is not known for, is smartphones, but they’re hoping to change that with the Marshall London.

This 4.7” Android smartphone sure looks the deal, reminiscent of the company’s black amps. As expected, a big emphasis is placed on music, with two front facing speakers that Marshall believes might just make the London the “loudest mobile phone on Earth”. On top you’ll find a gold-coloured M-Button, which provides one-click access to your tunes, while we really like the volume scroll wheel on the side. What we’re not certain about is the two headphone jacks on top, apparently there so that you and a friend can both plug in to watch a movie. Uhm, okay. 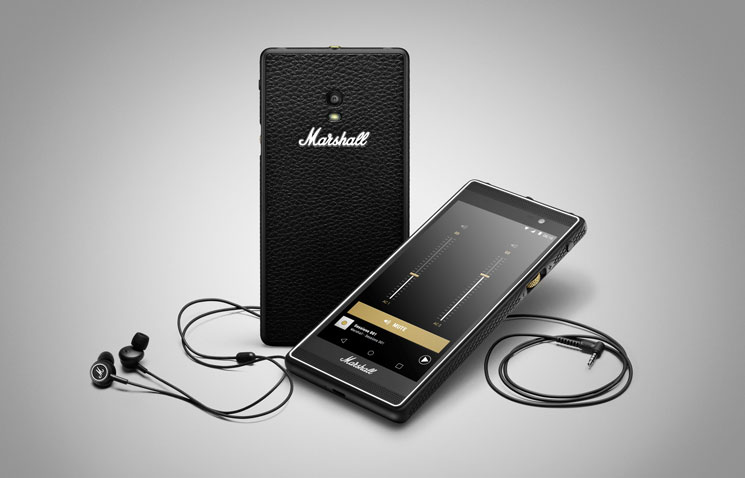 To further enhance your music playback is the Wolfson WM8281 Audio Hub. This soundcard provides a separate processor for music, with Marshall noting that, “even the best quality MP3 will sound phenomenally better when played with London.”  Whether that is the marketing department getting a bit carried away remains to be heard, with a pair of Marshall Mode in-ear headphones to help you do just that included.

It doesn’t seem likely like the bottom tip of Africa will be receiving London love, since for now Marshall is looking at Europe and the Baltic States for the launch. 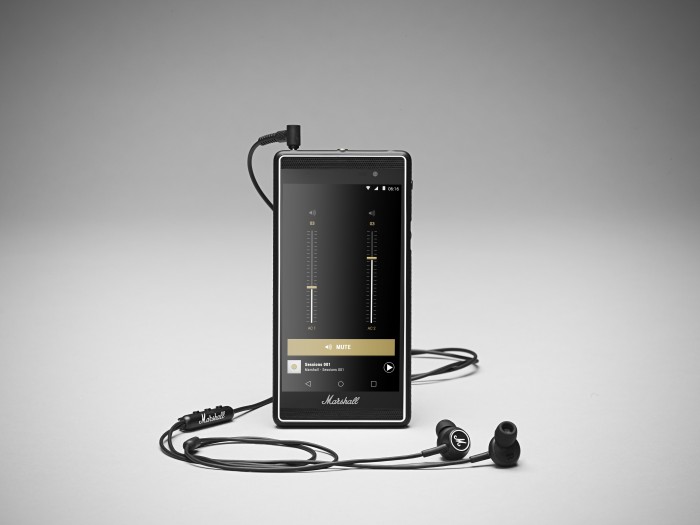