McLaren debuts 720S for Geneva Motor Show, with BP23 hypercar on the way

The Geneva Motor Show is the automotive equivalent of Mobile World Congress. To that end, all the top carmakers will be showcasing their latest vehicles in the Swiss city from tomorrow (9 March) until 19 March for the 87th edition of the event. One company aiming to make a splash is McLaren, which has already debuted its new 720S Super Series offering in anticipation for Geneva, as well as teasing one of the fastest cars ever produced in the form of the BP23 hybrid hypercar.

First up though, the McLaren 720S, which compromises a number of specifications to fawn over. For example, it can reach a top speed of 341 km/h, while also doing 0-100 km/h in 2.9 seconds. If that wasn't impressive enough, its 4.0 litre V8 has been tuned to produce 529 kW of power and features 770 nM of torque. Watch and hear the 720S in action in the unveiling video after the break.

Now for McLaren's upcoming hypercar, the hybrid-engined BP23. Official details on the vehicle itself are slim, with the British carmaker playing this one close to the chest and only releasing the concept teaser image below. Top Gear has, however, gotten some info out of the company's director Mike Flewitt in Geneva. 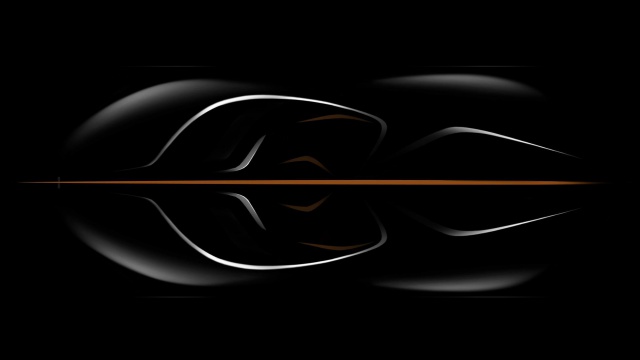 He told the publication that the BP23 would be McLaren's most powerful ever road car, and it could be one of the fastest they've ever made too. He also pointed out that it is not the successor to the iconic McLaren F1, as some have suggested, which could reach up to 386 km/h in its pomp. Lastly, McLaren only plans to manufacture 106 of these cars for its customers, the majority of which have already been claimed.

To check out the McLaren F1's record-setting story, we'd also added this video to tide you over until the BP23 makes its presence known.