Microsoft’s first Insider Dev Tour in Johannesburg, held in Montecasino in Fourways last week. boasted a lineup of international and local speakers. While the event was firmly focused on the development community, it also held some gems for entrepreneurs and gave a glimpse into a few of the exciting things that can be done moving forward.

A clear focus of the event was the Windows Insider Program. The principal program manager for Microsoft, Pete Brown, explained that the Windows Insider Program currently has 15 million global tech enthusiasts, including in places like Antarctica, who preview the next gen of MS products before everyone else and provide feedback. This helps the company hone and improve their products before they are released to the public at large.

Beyond that, the event also offered deep dives into how developers can use the array of Microsoft offerings to build better, more compelling applications, for the web, for mobile devices, as well as for the cloud. Most specifically, a good amount of attention was given to Progressive Web Applications - which are automatically updated via the web - and Adaptive cards. The latter allow for chunks of interactive content that can be embedded, with their functionality being brought to wherever the user may be.

One particular highlight was developing for the company’s cloud offering, Azure and some of the things developers can do with it. For example, Brown elaborated on Microsoft Stack, which enables the likes of cruise ships to run in a cloud environment, and take advantage of the array of applications Azure has to offer, while being offline. Additionally, he addressed the recent incident whereby a casino was hacked through a connected thermostat in its fishtank, by highlighting Azure Sphere, which aims to bring greater security to edge devices. Also explored was Azure IoT Hub, which helps in the  management of security across IoT devices.

Smart drones and fun and games

A particularly entertaining demo consisted of a drone, a banana, and a two men dressed as a banana and a monkey respectively. If that sounds a bit whacky, it is, but that was just the set up to show how an artificial intelligence application could be run on a device (in this case, the drone) and used to distinguish a real banana from a fake one. Props have to go to Brown for keeping his composure and his focus while a man-sized monkey pursued a giant banana around the stage.

While programming demo’s dominated the day, it wasn’t all technical talk. A couple of the sessions also had some interesting nuggets with regards to business, and making more off one’s development efforts. For example, Brown conveyed that Microsoft had implemented a new revenue share model, away from the traditional 70%-30% split. 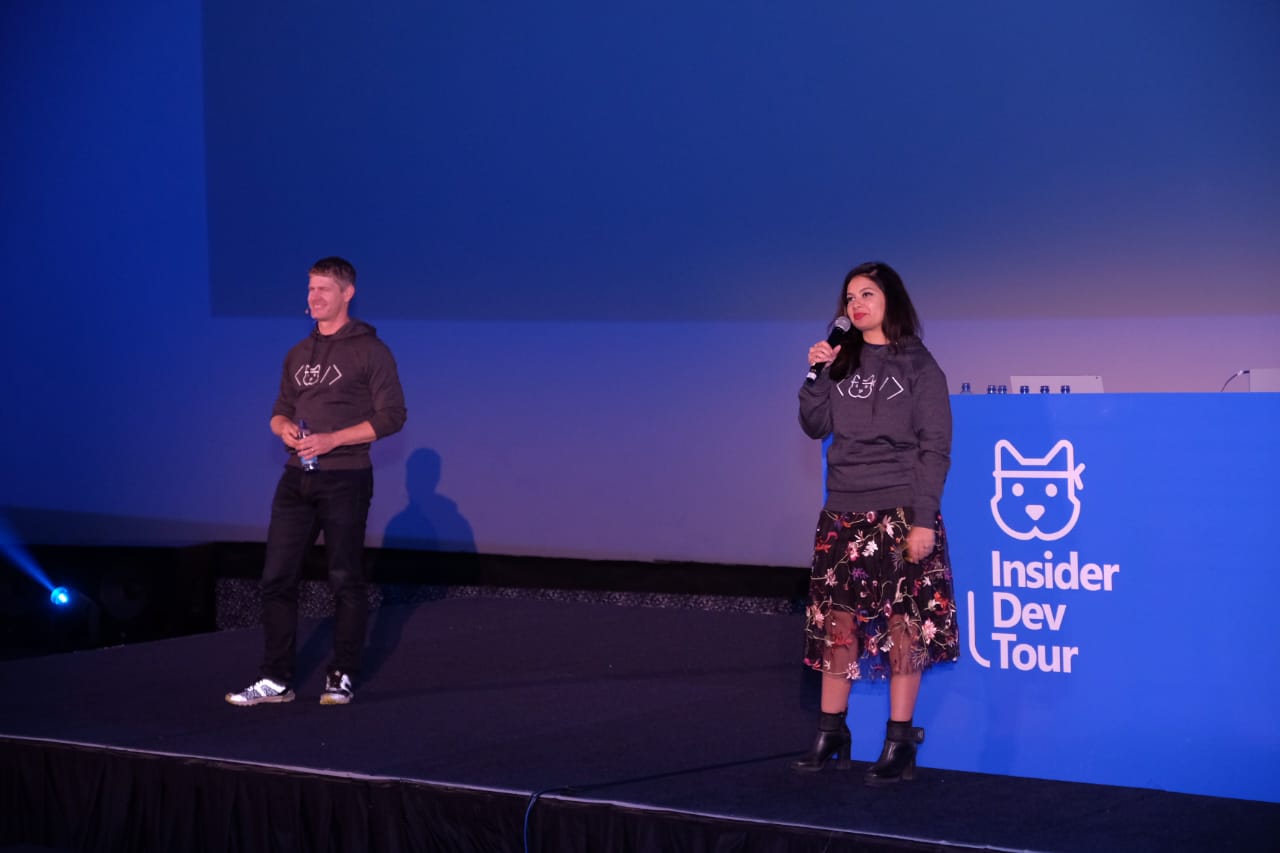 How to build a relevant app

Even as the majority of the day was spent on heavy duty coding, one presentation in particular offered interesting advice for any entrepreneur, seeking to make money of their solution or product. Jeremiah Marble, the director of developer marketing at Microsoft, and Dona Sarker, the head of Windows Insider program at Microsoft, began by giving a five step process into how developers can turn their “good code into a great business.”

They suggested to firstly build a solution for one person, by identifying a real problem they have, creating a prototype application to address the problem, testing it and garnering feedback, and then addressing the feedback. Once done, such an app could be scaled to address the same problem others have.

A real world example given was Ange Uwambajimana, a Rwandan Windows Insider, who saw her brother suffer from epilepsy and nearly die due to there not being enough nurses to monitor an IV bag in the hospital. Any missteps with the latter can be as fatal  as the disease that a patient is being treated for. Uwambajimana’s response, with assistance from the Insiders4Good Fellowship program, was to create a company that could address the need to automate the monitoring of IV bags.

Beyond that, Sarker gave some concise advice as to how to, “turn good code into a great business”, pitch new apps, or new solutions to both risk averse and risk taking customers and investors (see slide below). 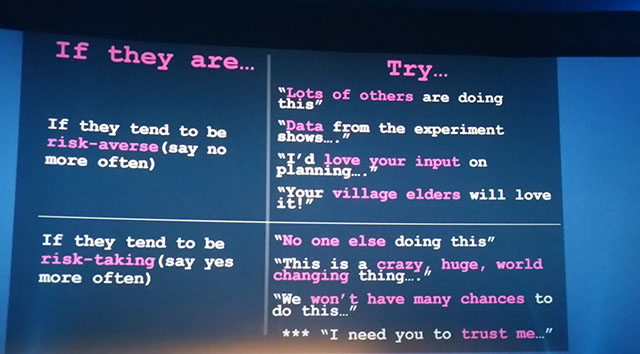 This she referred  as one’s ‘hustle. ’ Sarkar  pointed out that it is imperative to understand potential customers, their needs and challenges. “When you go talk to someone to sell them your idea, you must talk to them with their goals in mind and in their words,” she stressed.

That, like much of the day’s sessions, was an eye opener, especially for those who recognise that getting new ideas out into the world, whether as apps or as new startup businesses, has become a paramount part of living in the 21st century.