Microsoft’s Underground Tour, which TechSmart was invited to attend, held many gems. One of these was a frank and illuminating discussion on company culture, as Microsoft walked us through how, and why, today’s Microsoft has changed from the company we thought we knew.

As Microsoft’s Underground Tour, held in Seattle, Washington, continued, a good amount of time was spent discussing the company’s culture and how it has changed. There was a good reason for this, since Microsoft’s long legacy comes with a few preconceptions.

On the one hand, Microsoft has in the past been viewed as monolithic and ubiquitous, on the other, its competitors have previously painted it as being staid, typified by a middle aged man in glasses and a suit. Additionally, in the past, the company had also been criticised for shunning collaboration in favour of inter-company competitiveness, and for being more interested in maintaining the status quo than innovating. What quickly became clear is that this picture could not be further from the truth today.

Admittedly, pinning culture down can seem nebulous, but Tim O’Brien, GM of global communications at Microsoft, who has been at Microsoft for thirteen years, explained that the cultural shift first implemented by former CEO Steve Balmer, and actively pursued by Satya Nadella, has changed the ‘vibe’ on Microsoft’s campus significantly. One of the more tangible implementations of this change in culture was Microsoft’s performance review system. This, he explained,  was previously based on rewarding its employees for individual work, while the industry and company alike actually demanded greater teamwork. Instead, this was replaced by the ethos of One Microsoft. 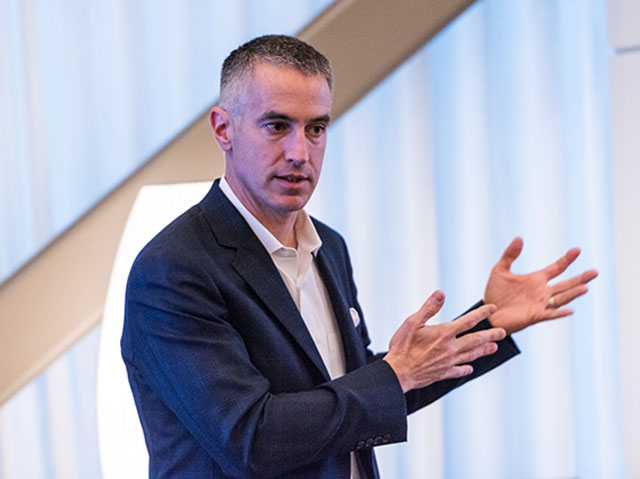 O’Brien explained that when Microsoft’s CEO, Satya Nadella took the helm, he immediately turned his attention to rediscovering the company’s soul in a bid to revitalise it. More particularly, Nadella made it very clear that doing so was impossible without first addressing its culture. O’Brien elaborated that Microsoft began adopting a growth mindset (detailed in-depth by Stanford psychology researcher Carol Dweck in her book Mindset). For Microsoft, this meant migrating from a ‘know it all’ culture to a ‘learn it all’ culture

“The ‘know it all’ culture describes the way things were. We were a very technical company, with a lot of people with high IQs used to graduating at the top of their class and being the smartest in the room. This is not something that is unusual for tech companies. However, when you have that dynamic taking place in a business like ours that depends on collaboration, teamwork, and the collection of research, those two are at odds,” explained O’Brien.

He conceded that the company missed several opportunities in the market due to its previous culture. However, Microsoft as it is today is instead focused on learning from peers, coworkers and partners, on approaching problems with an eye on the unknown and what can be learnt from attempting to solve the issue at hand.

Increased collaboration isn’t the only cultural shift, so too is a greater willingness to take risks.

“A lot of companies talk about risk taking, but they reward risk avoidance while hoping for innovation. We have moved to an environment where innovation is rewarded. The consequence of taking a risk has dissipated in favour of trying new things, and the idea that if you aren't failing you aren't trying hard enough,” he elaborated.

O’Brien explained that an increased appetite for risk, and actively pursuing disruption has been made possible by the fact that Microsoft has diversified how it makes money, which has given it more latitude to innovate.

“For a while, Microsoft’s success was dependent on Windows and Office, but when we entered the enterprise space that changed a bit -while on the consumer side, gaming and Surface are also now huge,” he elaborated.

O’Brien then offered a particularly pertinent insight into the industry, echoing Nadella’s perspective that the industry doesn’t respect tradition, only innovation, while it’s users do not care what is happening now, they want to know what is next.

For us, what was to come next, were some of the highlights of the Underground Tour, a look into Microsoft Research and its projects, and a visit to Microsoft’s Garage, to see more of how the company is innovating in greater detail. We will post these in days to come.