The next stop on the tour of Microsoft Headquarters in Redmond, Washington, took us into Microsoft’ own Area 51, also known as its hardware labs. Like any well secured facility, cameras and filming were strictly forbidden. Ryan Noik delves deeper.

It may have been highly secured, but our welcome into the hardware labs couldn’t have been warmer. Vince Jesus, the manager for the Hardware Group, explained that this was the part of the Microsoft campus where models and prototypes are made (hence the security), and where all testing is performed.

Perhaps the clearest indication of just how seriously Microsoft takes what goes on inside these rooms was the investment made in the building – a whopping $42 million for its infrastructure and a further $6 million for the equipment. Although the building itself is massive, standing at a good 100 000 square feet, Jesus noted that even more important than the capacity was the capabilities that this building afforded.

The first of these was reserved for 3D printers, which are used to quickly create design iterations, with one example being an Xbox controller prototype that was 3D printed in six hours. “We do prints overnight and in the morning – so a designer can review a prototype in the morning, see what they want to change, and at the end of the day can print another,” he explained.

Most recently, the company has added a colour 3D printer that can print 350 000 colors, which Jesus pointed out is particularly useful when it comes to printing the Xbox One’s ABXY keys. He continued that there was a pragmatic reason behind the acquisition. “We used to have to make two parts, then paint letters and overlay the colour, now we can do it in one machine,” he continued.

We were also shown how Microsoft’s hybrid notebook-tablet, the Surface is treated, with its keyboard being prototyped and printed in an hour. Furthermore, the hardware labs are used to focus in on individual components, as we were shown a notebook hinge printed at four times its actual size to ensure it works as smoothly as intended, and redesigned in CAD (computer assisted design) programmes if need be. 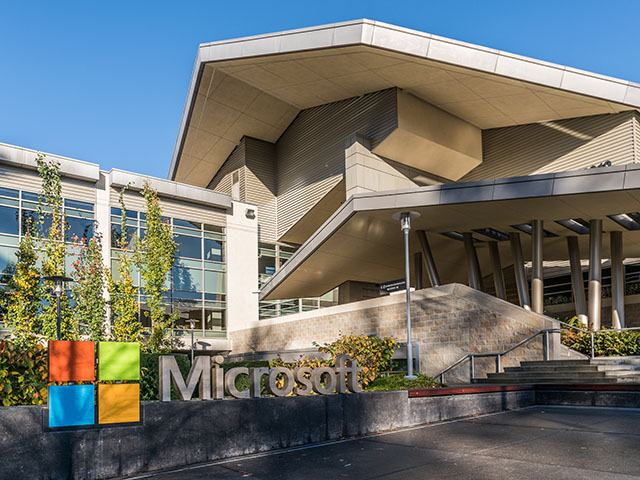 Alas, we can't show you photos of the insides of the hardware labs, but this is the mysterious exterior of Building 87, aka Microsoft's Area 51.

The future in development

The next stop was Applied Sciences, which I subsequently dubbed the Blow your Mind lab. A few of the cutting edge developments here included a flexible metal, a sensor embroidered into fabric (which convinced that smart clothes are only a matter of time) and a metal fluid that isn’t mercury but was more than a little reminiscent of the T1000 in Terminator 2. Also being explored here were transparent displays with a built in a camera (sans lens), which could be embedded in a paper thin screen.

Perhaps the most alluring development that we went hands on with was Applied Sciences’ genius approach to replicating the feel of drawing on paper on a digital display. Tim Large, the director of research, explained this is important for the Surface line and other devices intended with pen input. He elaborated that while software has evolved quickly to be increasingly pen friendly, one as yet unresolved issue is that writing or drawing on a screen doesn’t feel the same as doing so on a piece of paper.

Large explained that this reduces accuracy, and writing digitally becomes “scrawly” due to less feedback of movement; with people often find their writing being affected. This problem isn’t resolved on the screen though.

“If you go to a supplier and say we want to improve the pen writing sensation, they’ll ask you ‘how sucky do you want the display’ because a rough surface reduces resolution and contrast,” he added. Instead, the company is busy changing the tactile sensation from the pen, which sports an actuator and thus can detect the texture of an onscreen image and offer a variable degree of computer controlled vibration.

Large explained that, on paper the physics of writing means that the pen tip is catching on the paper and slipping over the ridges, which provides the feeling and static friction of the pen digging into paper. It is this that the company is aiming to emulate, and based on the initial time playing with the development, both writing and drawing with it, the progress they have made is already impressive. 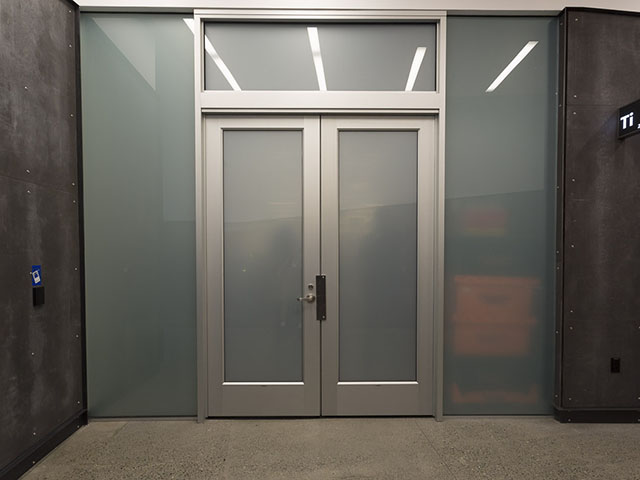 You ain’t heard nothin’ yet

The final stop in the hardware labs was, without a doubt, the most trippy part of the tour thus far. It was a small chamber, surrounded on six sides by specially shaped foamed cones that absorbed all sound. The floor consisted of a netting suspended over these same cones, and Jesus noted it is quite literally the quietest room in the world. This, he elaborated, is used to test absolute sound, and it is where Microsoft brings products to accurately measure fan noise and all audio quality.

While standing in it, with the door closed and light off, it was actually possible to hear the beating of one’s heart and apparently, some even hearing the blood flowing in their veins. Moreover, because our balance is intricately linked to our hearing, I found it was all too easily to feel as if I was suspended in a void, a thoroughly strange experience that I both enjoyed and was perturbed by in equal measure.

It also marked the end of our visit to Microsoft’s version of Area 51, but the most inspiring and visionary parts of the tour were still yet to come.

Need to catch up on the previous Microsoft Tour articles? Navigate to the links below to read all the previous articles in the coverage so far.

The next era of computing