Microsoft previews a host of design changes for Windows 10

A new test build of Windows 10 was released by Microsoft yesterday, bringing with it a number of changes for Insider Preview members to try out. Titled #TacoHat (Insider Preview Build 16215), it will be available to those in the fast ring of the program. 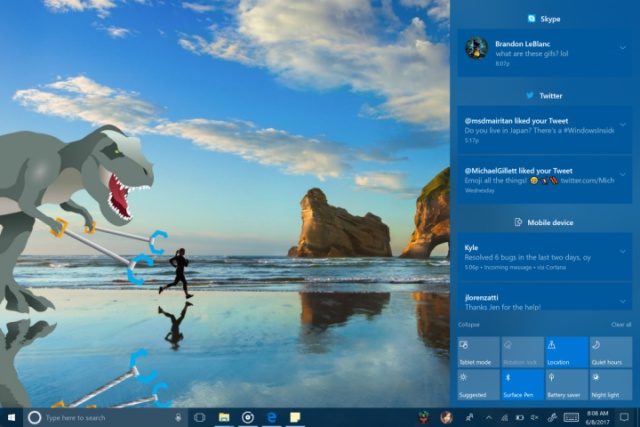 As far as the changes and improvements go, this build includes an acrylic look to the Start button, only viewable if the transparency feature is enabled in-OS. A quick bug fix in the Build is the removal of any glitching when it comes to vertical resizing. Horizontal resizing also sees an enhancement, with it starting immediately, as opposed to snapping into certain sizes only.

Bigger changes have also been introduced to the notification centre, with the ability to customise the look of quick action tabs. On the Edge browser side, favourite or most visited websites can now be pinned to the taskbar, along with the ability to annotate books as well. Cortana's level of interpretation and recognition while writing with a stylus have also been refined. 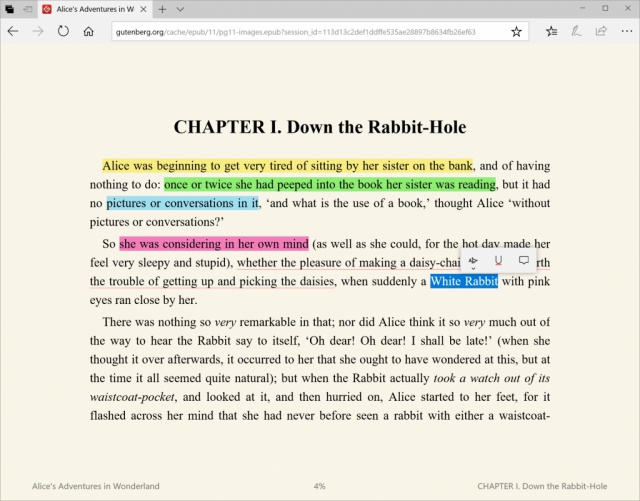 The majority of these changes are on the more superficial side, and should find their way to the fully fledged version of in coming months, but a precise update rollout has not been mentioned yet. Head to the Windows blog to see all the changes that Microsoft has introduced.