Mitsubishi Motors SA is looking to position their Pajero as the Grinch who will steal the Toyota Fortuner’s holiday sales. The company has introduced a new derivative to its range of Pajero Sport full-size SUVs in the well specced Sport 4x2 model.

This vehicle is powered by a 2.5-litre turbo diesel engine that churns out 131 kW at 4000 RPM and 350 Nm of torque at a low 1800 RPM. Despite these very decent performance figures, the powerplant of this Triton-based SUV remains fuel efficient with a claimed average fuel consumption figure of 8.5 litres per 100 km.

Mitsubishi’s latest Pajero Sport models will be available in five colours, namely Eisen Grey Mica, Cool Silver Metallic, Quartz Bronze Metallic, Medium Red as well as White Pearl. Pajero Sport buyers will be happy to note that the car is covered by a 3-year or 100 000 km warranty and 5-year or 90 000 km service plan.

Even though this SUV is cheaper than most of its rivals, the Pajero Sport 4x2 comes well equipped, with the seats being covered in black leather, while the leather covered steering wheel incorporates multi-function switches that includes cruise control plus Bluetooth hands-free telephony. 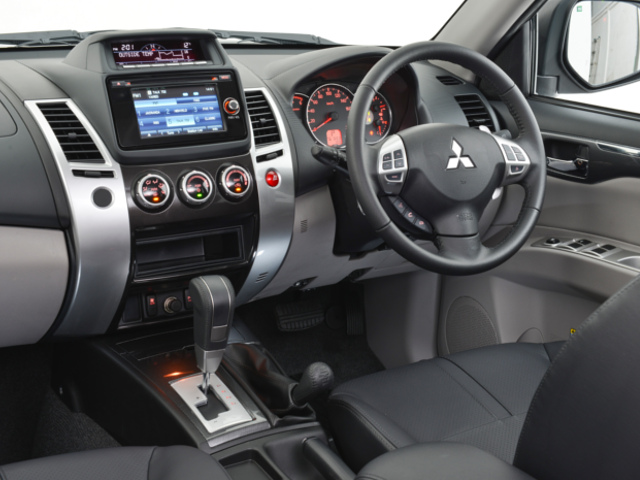 Despite undercutting its main rivals in terms of price, the interior still packs all the bells and whistles buyers expect in a vehicle like this.

An electronic chromatic system has been added to the rear-view mirror in order to prevent glare automatically, while the rear park assist system now packs a reversing camera to make tight parking manoeuvres in the big SUV somewhat more manageable.

The SUV is not short in practicality as well offering a plenty of interior leg- and headroom, seven seats, plus luggage space of 1149 litres when the third row of seats are folded flat and 1776 litres when both the second and third rows are folded. 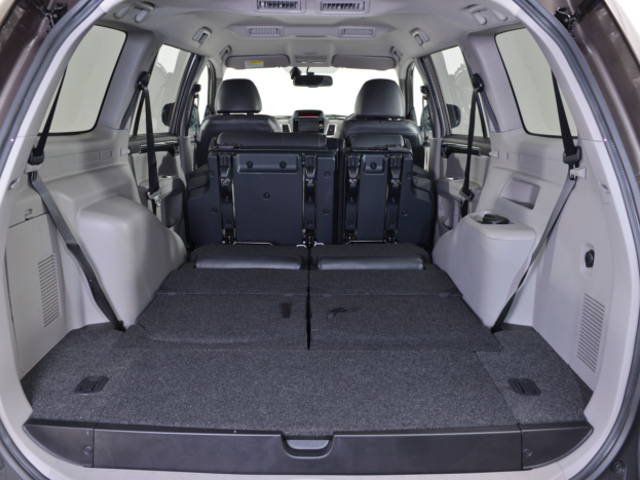 The new Pajero Sport 4x2 offers lugguage space for Africa when the third and second row seats are folded flat.