More to come from ex-Darksiders devs

More than 4400 attacks by threats disguised as dat...
0
comments

Samsung’s S20 and its cameras lay claim to the f...
0
comments

For players who loved the Darksiders games and were dismayed when Vigil Games fell apart after its publishers (THQ) went belly up, here is some good, even exciting news.

Two of the co-founders of Vigil Games, Joe Madureira and Ryan Stefanelli have gone on to create Airship Syndicate, and they have a new project lined up. Darksiders fans, listen up, for this is where it gets exciting.

The new game in their lineup, Battle Chasers, is based on a comic that was created by Madureira about a decade ago. Along with the fact that he was credited for the atmospheric, richly fantastic environments in Darksiders (review), the duo have also stated that Battle Chasers will apparently feel similar to that franchise, even though the new title will be a role playing game. The news means that Darksiders may live on, if not fully, then at least tonally.

But that is not all that is being resuscitated by Airship Syndicate, since Battle Chasers will also find new life in comic form. The news is fittingly poetic, as after Death (the protagonist in Darksiders 2) invariably comes new life. 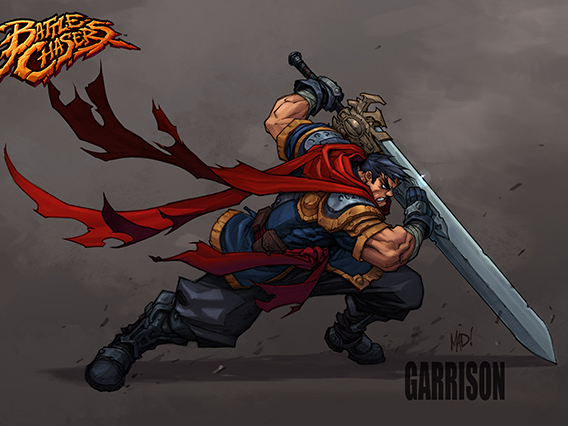