At a New York-based event, Motorola unveiled three new devices but offered very little in terms of surprises. This is not entirely Motorola's fault, especially given the certainty of modern day smartphone refresh cycles, but last week's leak of the Moto G definitely didn't help matters.

Nevertheless, Motorola soldiered on and debuted updated versions of its mid-range Moto G, as well as two variants of its flagship Moto X, in the form of the Play and Style editions. 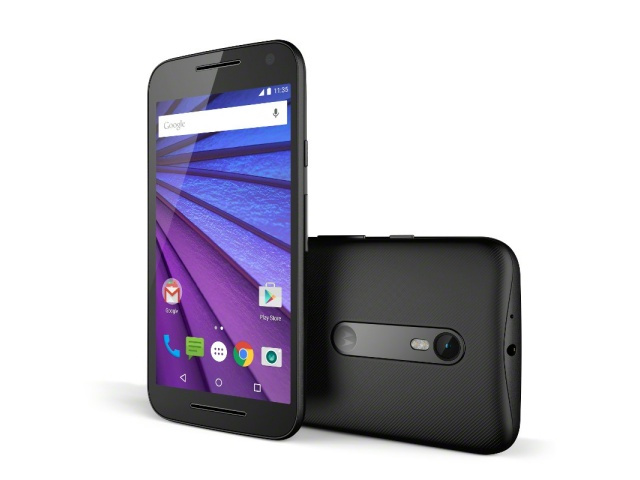 First, the Moto G, which got detailed a week ahead of time, and for once, the rumours were true. It's the third generation of this mid-range device, and Motorola has aimed to improve its durability for the most part. It comes with a IPX7 protection rating, which means it can handle being caught in the rain, but don't expect to handle being placed underwater for extended periods like Sony's high-end Xperia devices. Added to this, is a 5" (1280x720) display, which features Gorilla Glass 3 and 294 ppi pixel density.

Also included are two different RAM and onboard storage options. Users can pick between an 8 GB internal memory option, which is paired with 1 GB of RAM, or a larger 16 GB version with 2 GB of RAM to call upon. For now, pricing for both options remain a mystery, but US residents can already order it from Motorola's online store.

Running things on the processing side, is a Qualcomm Snapdragon 410 chipset, armed with four cores, and clocked at 1.4 GHz. Finally worth mentioning are a 13 MP camera on the rear, 5 MP one up front, and 2470 mAh battery that gives a full 24 hours worth of usage according to Motorola.

Now for Motorola's new flagship, or more accurately, flagships. The Moto X, has impressed us in recent times, with the 2nd Generation (review), proving one of the better Android devices around. Now in its third iteration, just like the Moto G, the Moto X now comes in two variants - Play and Style.

The former is the lesser specced of the two, as far as processor setup and RAM goes, and will only be available in select territories. The Moto X Play features a large 5.5" full HD display, which touts a rather impressive 403 ppi pixel density. Along with a solid screen, users will also get a 21 MP camera to take care of the primary shooting, and a 5MP camera to handle selfies. In terms of its processor, Motorola has opted for a Qualcomm Snapdragon 615 octa-core unit, clocking in at 1.7 GHz. 2 GB of RAM is added for good measure, which see the Moto X Play serve as a pretty handy phablet.

Next is the Moto X Style (a.k.a the Moto X Pure in the States), which is even larger than the Play at 5.7". The aforementioned display registers a high quality 1440x2560 resolution, with a sumptuous 520 ppi pixel density sure to give Galaxy Note 4 users a scare. The Moto X Style steps things up in the processor and RAM stakes, with a Qualcomm Snapdragon 808 hexa-core CPU pulling duty on that front. Added to that is 3 GB of RAM, as well as the same 21 MP rear and 5 MP front-facing camera options as the Play. It also has a trick up its sleeve in the form of fast charging, allowing users to get 10 hours of battery life from its 3000 mAh battery while charging for only 15 minutes.

As far as local availability and pricing goes, users might have to wait till the likes of Orange detail the new Moto G, Moto X Play and Moto X Style, as Motorola has no recognisable presence in the country. Regardless of that though, these three new devices are certainly welcome additions to the 2015 Android offerings. 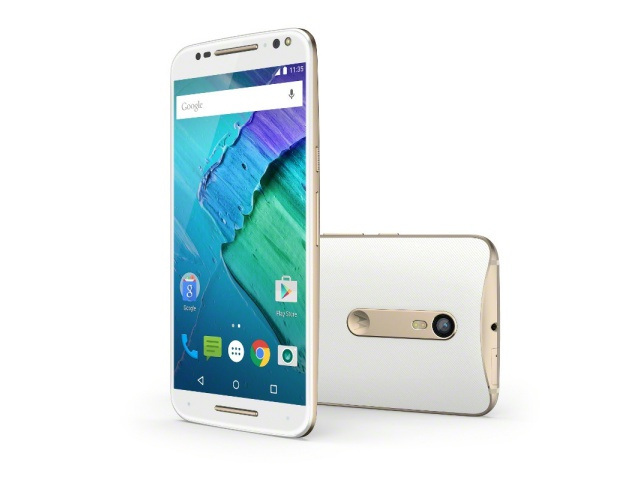