As we’re getting ready for the first Jurassic movie in ages that actually looks worth watching (thanks Chris Pratt), Lego is also firing up the heat for the release Lego Jurassic World. The first gameplay trailer for the brick building game has been released, and true to Lego fashion, everything looks awesome.

The game is set to span all four movies and not just the latest release, so what you should do when watching the trailer is to spot your favourite part from previous films. What we are still waiting to see however, is the genetically modified dinosaur that causes all the trouble in the new flick – the Indominus Rex.

If you have missed the first trailer for the game, it’s also worth watching, since it’s a brick-for-brick remake of the original movie trailer.

Just like the movie, the game is set for release in June for the whole gamut, including Xbox One, Xbox 360, PlayStation 4, PlayStation 3, Wii U, Nintendo 3DS, PlayStation Vita and PC.

If your love of Lego coincides with your love of handheld consoles, there’s even more good news. The villain art for the upcoming Ninjago Shadow of Ronin has been revealed. The character in the middle of the picture is the new enemy named Ronin with the ability to steal the memories of Ninja warriors by using the Obsidian Glaive weapon, which we presume he’s holding in his hand. He’s not alone, since flanking him is his henchman, including Frakjaw, Master Chen, Skales and General Cryptor. 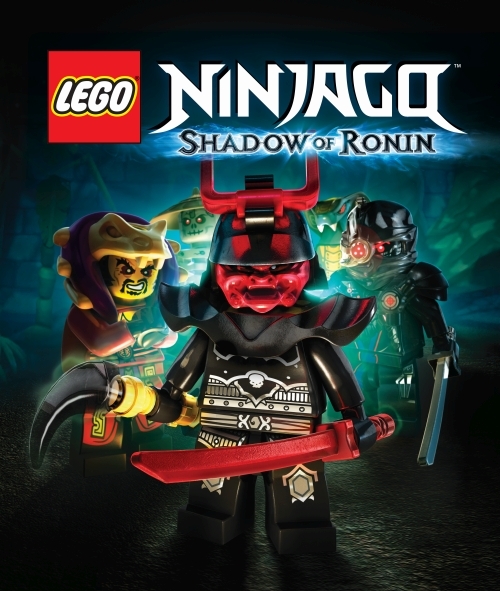