Damn, this PS4 is looking rather awesome. In celebration of the much anticipated Spider-Man game, Sony is releasing a bright red Rabobi console. Ok, officially it’s called the Limited Edition Marvel’s Spider-Man PS4 Pro bundle, draped in what Sony says is “Amazing Red”. And yes, we tend to agree. With the white Spider-Man logo appearing on the top (or side if you have the sold separately stand), it comes bundled with a just as sweet Dualshock 4 wireless controller. 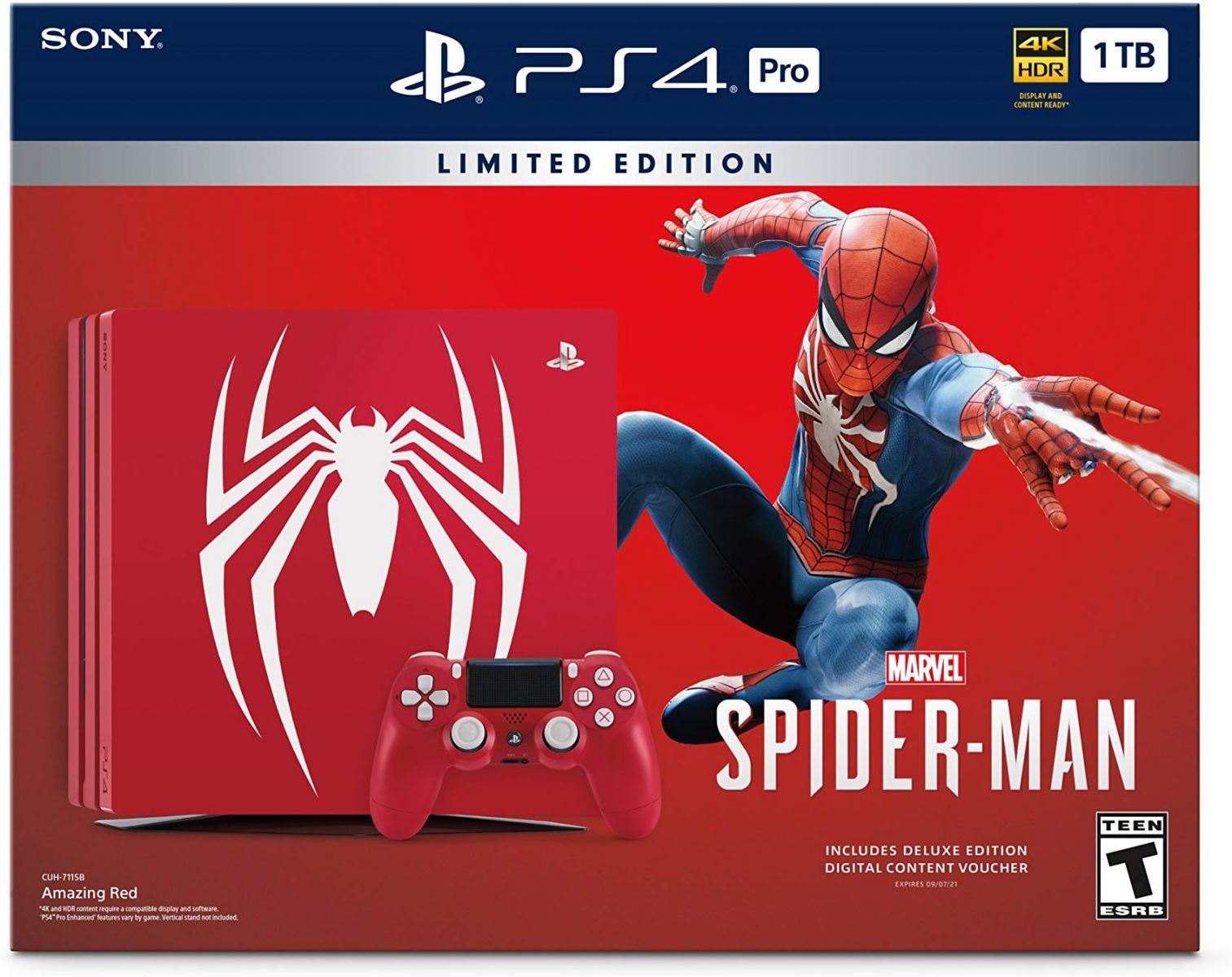 But wait, there’s more, of course you are also getting the Marvel Spider-Man game, which to all accounts is shaping up quite nicely. Plus, the Spider-Man PS4 Pro Bundle includes three chapters in Marvel’s Spider-Man: The City that Never Sleeps series (available post launch), Spidey Suit Pack, five extra Skill Points, early unlock of a Spider-Drone Gadget, Spider-Man PS4 Custom Theme, and a Spider-Man PSN Avatar.

In case you need a refresher what the game is about, it features Mr. Negative as one of the main villains, while also showcasing a few members of the Sinister Six, including Electro, Rhino, Vulture and Scorpion, all of whom appear to be working for a higher authority. Also, for those who have been wondering, the web-slinging looks spectacular.

The Limited Edition Marvel’s Spider-Man PS4 Pro bundle is up for pre-order Stateside, set to appear 7 September 2018. It will set you back just below $400, although whether (and for how) much the Rabobi console will hit South African shores, remains to be seen.

Hit play below to see Spidey shooting webs in the new game.