When it comes to exclusive PS4 titles in 2018, Marvel's Spider-Man will likely be one of the most important. The game is scheduled for release on 7 September, and in order to drum up even more hype for this title, PlayStation showcased a satisfying seven minutes worth of gameplay footage for E3 2018 recently.

The showcase features our favourite wall crawler of course, but also adds in a few members of the Sinister Six, including Electro, Rhino, Vulture and Scorpion, all of whom appear to be working for a higher authority. As such, it does not look like Mr. Negative is the main antagonist for Marvel's Spider-Man.

Along with giving us a glimpse at some of the villains you'll be tasked with taking down, the showcase also allowed us to see how the fighting and web slinging mechanics for the game will work. 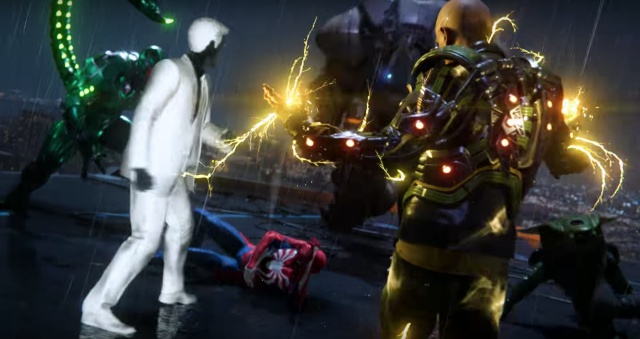 Much like Rocksteady's Arkham games, Marvel's Spider-Man will take on groups on lower tier enemies in a similar fashion, with spidey sense prompting button presses and in turn counters. From what we saw, special moves have to be powered up by dishing out damaging to enemies, and slow-mo scenes are littered throughout the fights.

Navigating through buildings also looks like a lot of fun, with Spider-Man utilising a number of different methods depending on the situation. What was equally interesting to see is the fact that Spider-Man will only swing from or shoot webbing at actual objects, which should a greater deal of realism, as well as more inventive ways of getting around.