While Windows 10 Mobile might be on the decline, we've always been intrigued by the Surface tablets, with Microsoft never officially bringing these to local shores. Perhaps then, Taiwanese manufacturer Asus could see an opportunity, as their latest Transformer 3 and Transformer 3 Pro tablets look very similar to the Surface versions. Both devices in the Transformer lineup were unveiled earlier today at Computex 2016, along with a Mini version.

It's the non-Mini options, however, that received much of the focus. They both sport Windows 10 (naturally) and feature the same 12.6" displays with 2880x1920 resolution and 275 ppi pixel density. Other similarities include a USB-C and Thunderbolt 3 port, along with Harmon Kardon engineered speakers and built-in fingerprint scanners.

That's where the similarities end, as the standard Transformer 3 is thinner than its Pro brethren. The Transformer 3 measures 6.9 mm thin, with the Pro slightly thicker at 8.35 mm. In terms of specs, it's the latter which also has the upper hand. It's powered by an Intel Core i7 processor, with up to 1 TB SSD and 16 GB of RAM. Added to this is a 13 MP camera on the rear should you truly be compelled to take a picture with your tablet, and front facing one for Windows Hello facial recognition and biometric functionality.

Although the lesser specced of the two, the Transformer 3 still looks up to snuff for a business-focused tablet. Internally, it's working with an Intel 7th gen Core processor, as well as 512 GB SSD and up to 8 GB of RAM. It's important to note though, that the back stand on the standard Transformer 3 only has two positions, unlike the 3 Pro's version, which can be set in up to 170-degrees (vertical) of viewing angles. 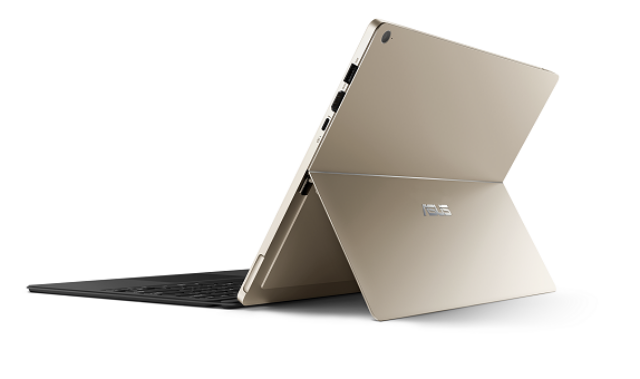 The availability and regions where the Asus Transformer 3 and 3 Pro will arrive has not been fully detailed by the Taiwanese manufacturer, but the pricing information could see the standard Transformer go for $799 and 3 Pro around $999.