Nokia has finally launched its current flagship smartphone - the Lumia 1020 - in South Africa.

Using a new feature called dual capture, the Lumia 1020 simultaneously takes a high resolution 38 megapixel photo and then creates a 5 MP version of this image as well. The former can be utilised for a whole range of editing opportunities, whilst the latter is most useful for sharing via social networking sites such as Facebook, Twitter, or Instagram.

Sound recording has not been left out of the enhancement loop either, as the Lumia 1020 offers stereo sound recording via Nokia Rich Recording. This technology enables the smartphone to handle sound pressure levels up to six times louder than conventional smartphone microphones, allowing for greater recording depth and quality. 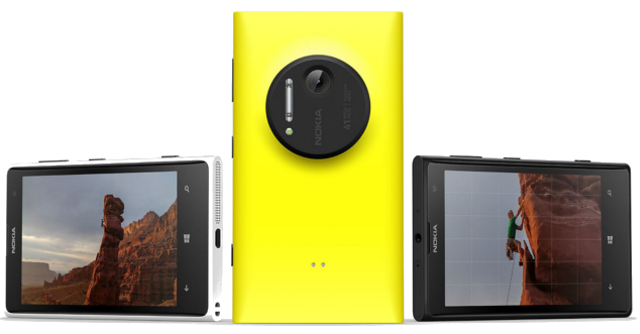 There is a saying that goes, the best camera you have is the one you have with you. With a Lumia 1020 in their pocket, users can be sure of taking their photographic skills to the next level whilst on the go.

The smartphone is available at Vodacom retail stores for a monthly contract pricing starting at R399 per month over 24 months and a recommended prepaid price of R9 149, although Nokia stated that the recommended retail price for the device is R9 499. The cameraphone will also be available from MTN.

In other smartphone related news, HTC recently launched the One mini locally for a recommended retail price of R5 500.