Yesterday’s Merge conference, held by OfferZen at Melrose Arch, revealed two things. Firstly, there are some seriously smart people on the planet, intent on leveraging technology to improve people’s lives.

From understanding people’s perceptions and how robotic brains think, to using technology to connect fishers to a more transparent supply chain, ample evidence was given of  how technology has real world benefits. And secondly, it highlighted the state of software development in South Africa.

The latter was particularly eye opening, as a new survey commissioned by technology talent marketplace OfferZen purported that you don’t necessarily need a university degree to make a very good living, particularly if you are a software developer.

In fact, the State of the Software Developer Nation survey which polled 4000 developers, found that a quarter of developers are self-taught coders, and they earn even more than their qualified professional counterparts.

That was not the only insight revealed by OfferZen’s first State of the Software Developer Nation survey, which polled over 4000 developers last month. Far from it.

“We live in an age where software is literally changing the world. But software doesn’t write itself. People are the foundation of winning software teams,” commented OfferZen’s VP Growth, Stephen van der Heijden. “We have a community of more than 90,000 people that we engage with regularly – so we set out to ‘take the pulse’ of the local dev community, and reveal what developers want, need, and look for in their careers,” he continued. 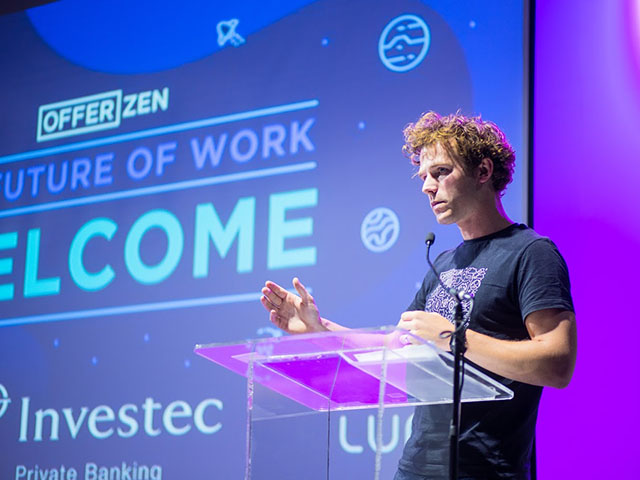 Put a computer in the crib

Like many pursuits, the younger you start the better, at least from an earning perspective. The survey revealed that over half of all respondents who started coding before they started high school now earn more than R60 000 per month, while 60% of those who only started in their late 20s earn less than R30 000 per month.

While most respondents came from formal education streams, just over a quarter are self-taught coders. Interestingly, self-taught developers earn similarly and in some instances even more that their formally educated counterparts.

If you are a developer, the question arises – which industry should you  seek to apply your skills, especially as increasingly, software developers are in demand across the board. Well, apparently, the best-paying industries for developers right now are FinTech, Cloud, Healthcare and eCommerce. It will come as no surprise that the top-earning intermediate developers can be found in FinTech, who earn more than R39 000 per month on average. Contrast that to intermediate developers in web development or design who take home the least, earning an average of R28 211 a month.

The survey also showed that for junior developers, the sweet spot is data and analytics, at an average salary of R25 638. But it is senior developers in cloud-based solutions who are the big winners in the earning stakes, taking home a very healthy R67 276 a month on average.

Are you good at languages?

For those looking at getting into software development, one of the first questions would undoubtedly be which coding language should you learn?

The survey answered that one as well, with the majority of developers in South Africa listing  JavaScript as one of their primary languages, ahead of C#. However, Python is rapidly slithering up the charts, and is in second place on developers’ ‘want-to-learn’ list, after being the fifth most used language in 2019.

However, according to OfferZen, if you want to make more money as a developer in South Africa, go with Go or Ruby – they are amongst the skills that pay the most, across all levels of experience. PHP developers earn the lowest salaries, no matter how much experience they have.

No matter the industry, it will come as no surprise that salary is the number one thing developers in South Africa consider when weighing a job offer. This is closely followed by flexi-hours and the option to work remotely.

To stay or to leave, that is the question

When it comes to how South African developers want to participate in the global economy, 86% of developers in South Africa are open to moving abroad – but only 1 in 5 developers are actively looking for overseas opportunities. The biggest reason they are looking abroad is personal safety, followed by professional growth and the opportunity to make more money.

“In general the report shows us that the South African developer community is thriving. Developers are satisfied in their jobs, see significant opportunity in the industry, and work in environments that allow them to innovate and prosper,” said Van der Heijden.

“We’re super excited about being able to share these insights with the tech community. We sit on a wealth of platform data on how developers looking for jobs interact with companies, but until this report have had to reserve those kinds of insights for the companies that actively hire developers through us. We hope the report adds value to those that read it and helps them gain a better understanding of how they can build or be a part of winning tech teams,” he concluded.