With Sonic out the way, it’s the famous Italian plumber that gets a new collab from Puma come 27 November. Created to commemorate the 35th anniversary of the Super Mario Bros. franchise, the latest drop (yes, there has actually been a first one) features iconic Super Mario game colours, graphics and fan-favorite characters throughout. 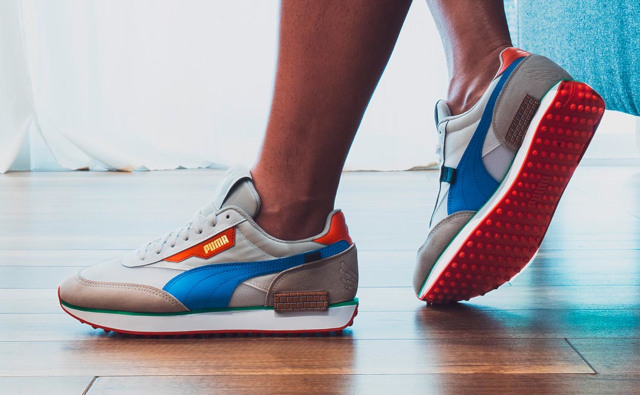 The design of the Future Rider Super Mario 64 (R1 999) takes nods from Super Mario’s first 3D adventure and his recognisable red and blue outfit, Wing Cap and the game’s landscape colour palette. Additional details include a set of bricks on the midsole, a wing embellishment on the heel and a Super Mario 64 hangtag. 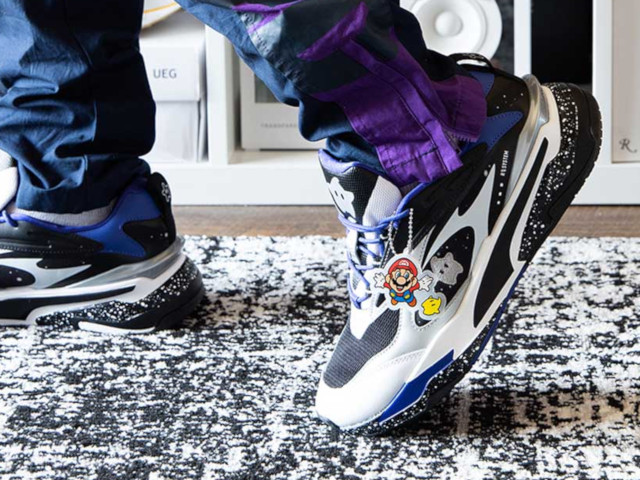 In 2007, Super Mario Galaxy took Mario out of this world and transported him into deep space. Also dropping on 27 November 2020 at PUMA Select and PUMA.com, the RS-Fast Super Mario Galaxy (R2 899) has a black, purple, white and metallic silver colour palette with a galactic print. Mario’s sidekick, Luma, is clearly noticeable throughout the design. 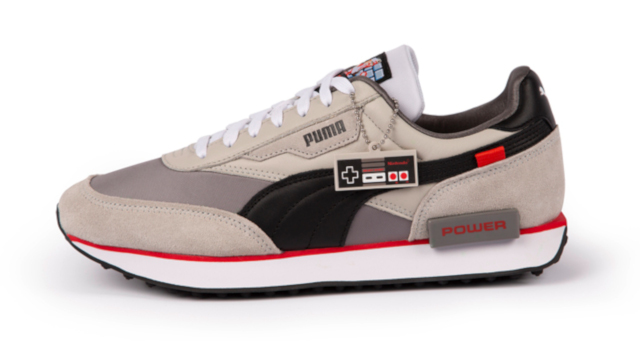 Dropping on 4 December, the Future Rider Nintendo Entertainment System (R2 499) shoe pays homage to Nintendo’s original console. The grey, red and black colour scheme is a direct nod to the system’s design and the tag on the shoe’s tongue features the cover of the first-ever Super Mario Bros. game. Other fun embellishments include the Power and Reset buttons and a hangtag shaped like the Classic NES Controller. Available from PUMA.com and at PUMA Select and Shelflife, as well as in kids (R1 999) and infant (R1 499) sizes at PUMA Select and PUMA.com.

Although not available in South Africa, the collection also features an updated take on the PUMA Clyde and a version of J. Cole’s signature basketball shoe: the RS-Dreamer.