Pacific Rim: Uprising gets a poster

Forget the disappointment of not getting that final Hellboy instalment, at least a Pacific Rim sequel is coming. And to show that Pacific Rim: Uprising is on track, a new poster has been released, featuring Finn, or as he is known in real life, John Boyega.

Boyega is set to play Jake Pentecost, who as luck will have it, is Stacker Pentecost’s (Idris Elba) from the first movie’s son. Behind him is the towering Gypsy Avenger Jaeger, an upgrade of the previous Gypsy Danger.

If you don’t know the story yet, Pacific Rim: Uprising takes place ten years after the final battle with the Kaiju. Even though all is peaceful, mankind has spent a lot of bucks on the Jaeger project, making sure that if the Kaiju threat re-emerge, they have the tech to counter it. We would, of course, not have a movie if the monsters stay put and they soon emerge from the sea ready for revenge.

Apart from Boyega, the movie also features Scott Eastwood (who played Joel Stransky in Invictus) as Nate Lambert, plus Charlie Day and Rinko Kikuchi reprising their roles from the first film.

While we haven’t had a trailer yet, have a look at this promo clip that shows Boyega gearing up for action. Pacific Rim: Uprising is set for a 23 March 2018 debut. 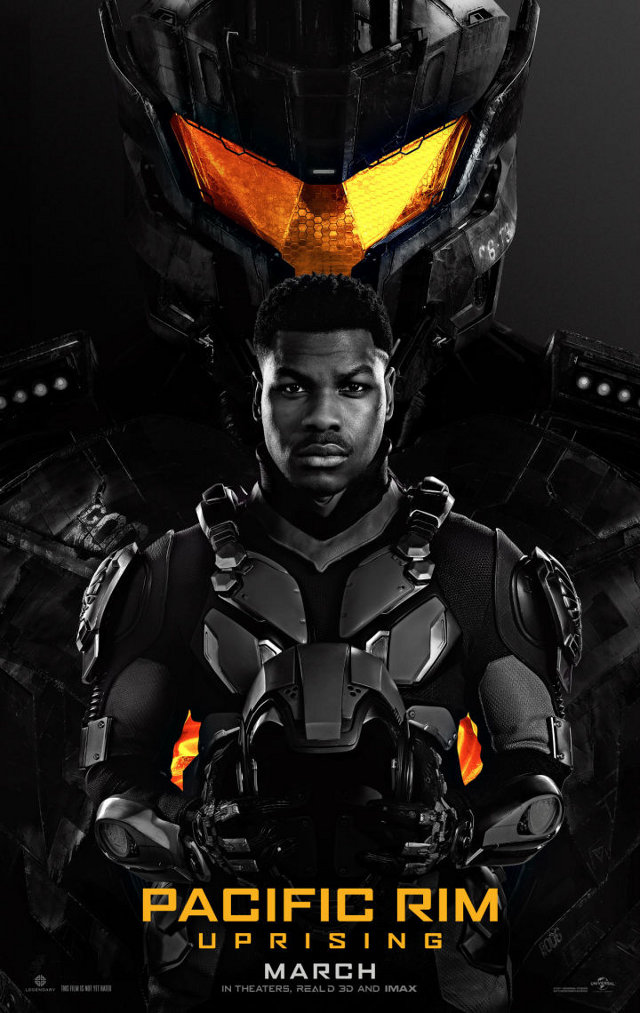